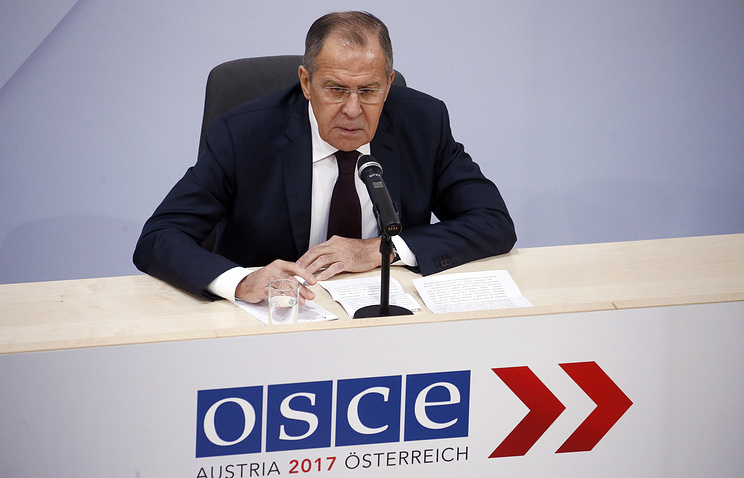 VIENNA, 8 Dec. /TASS/. A number of countries have used anti-Russian rhetoric of hybrid threats in order to justify their own violations of the OSCE principles. This was stated Friday by the Minister of foreign Affairs of Russia Sergey Lavrov at a press conference in Vienna after participating in the meeting of the Council of OSCE foreign Ministers.

“A number of countries have used unsubstantiated rhetoric about the Russian propaganda, hybrid threats, in order to absolve themselves of responsibility for the many flagrant violations of the principles that underlie the activities of the OSCE,” he said.

According to him, the security architecture in the Euro-Atlantic region “is experiencing not the best times.” “Rising military-political tensions, including as a result of the course of NATO to contain Russia, on the reckless expansion to the East, including an increase in his potential, he continued. – Concern the struggle against dissent, an attack on freedom of the media, linguistic and educational rights, and, of course, the continuing rise of neo-Nazi tendencies, which does not meet the needs of the reaction, including in the EU.”