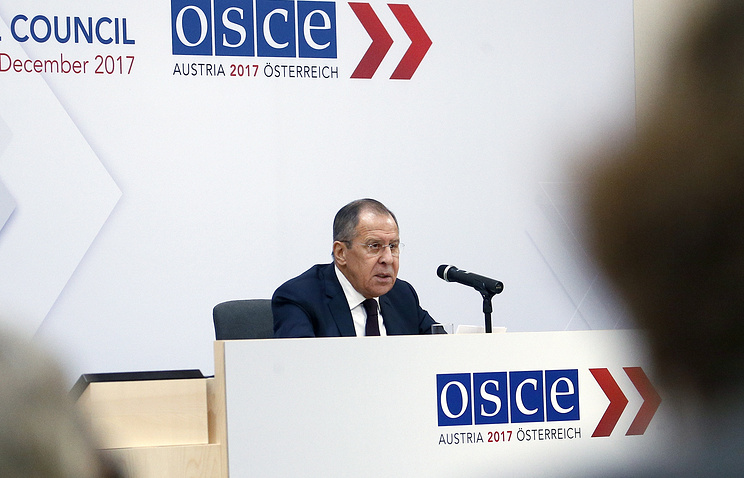 VIENNA, 8 Dec. /TASS/. The Minister of foreign Affairs of Russia Sergey Lavrov has told about plans of Washington to make “the deal of the century” to solve the Palestinian-Israeli problem, shared with him at the meeting, the U.S. Secretary Rex Tillerson.

According to Lavrov, the head of the state Department “has hinted that the US expects to take the deal of the century, which will decide in one fell swoop of the Palestinian-Israeli problem.” “We would, of course, wanted to see how it will look”, – said the Russian foreign Minister Friday at a press-conference on results of participation in the meeting of the Council of foreign Ministers of the OSCE.

He said that he asked the American colleagues, “how the United States understands further movement on the settlement, if the statement (of President of the United States Donald trump about moving the us Embassy from tel Aviv to Jerusalem – approx. TASS) contrary to all existing agreements.” “Rex replied that there are some nuances,” – said Lavrov.

Moscow hopes that Washington will explain the decision to move its Embassy from tel Aviv to Jerusalem for a meeting of the UN Security Council, since this intention is contrary to the logic of the actions of the United States to normalize relations with the Arab world, Lavrov said.

“From the point of view of the line held by the administration [the US] until the last day, this ad does not fit in a clear framework. But today, in my opinion, the Security Council will meet on this topic. I hope that our American colleagues will explain how they see further movement and where,” said Lavrov.