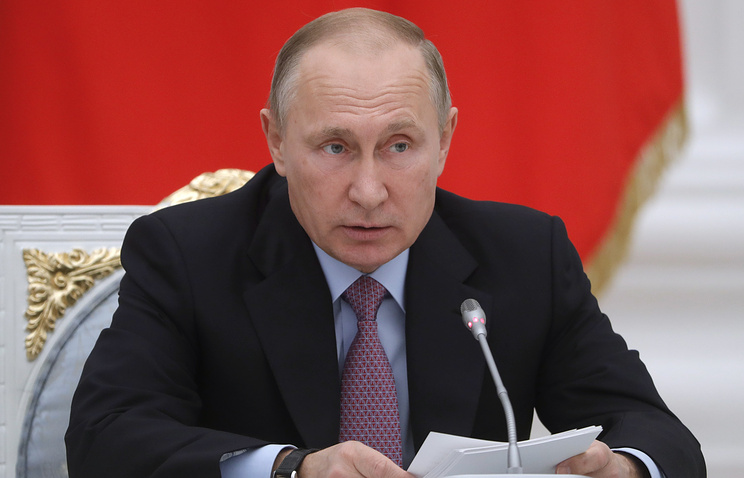 WASHINGTON, December 8. /TASS/. The activities of Russian President Vladimir Putin to approve 80% of Russians. This is evidenced by published on Friday the results of a survey organized by the sociological service Gallup.

It experts emphasize that recently, the Russian leader’s rating remained stable at a high level, “since Crimea became part of Russia in 2014”. It emphasizes that 52% of Russian citizens believe that “the country’s leadership is leading them in the right direction.” According to sociologists, this figure was the lowest for the last three years – in 2014 it was 73% in 2015 – 70%, and in 2016- 63%. “This speaks to the fact that the Russians continue in different ways to treat the leader of his country and its leadership in General” – according to Gallup.

In addition, 60% of respondents approved the activities of the country’s leadership, compared with 66% last year. Sociologists service believe that a lower rating of the state’s leadership can be explained by the fact that it “actually took over a large part of the blame for the recent economic problems of the country.”

In the survey, which was conducted from 9 June to 20 August 2017, took part 2 thousand of Russians aged 15 and older. 6 Dec Putin meeting with veterans and workers of the automobile plant GAZ in Nizhny Novgorod, announced that he will run for another presidential term in 2018. Gallup has linked the publication of the survey with this statement of the head of state.