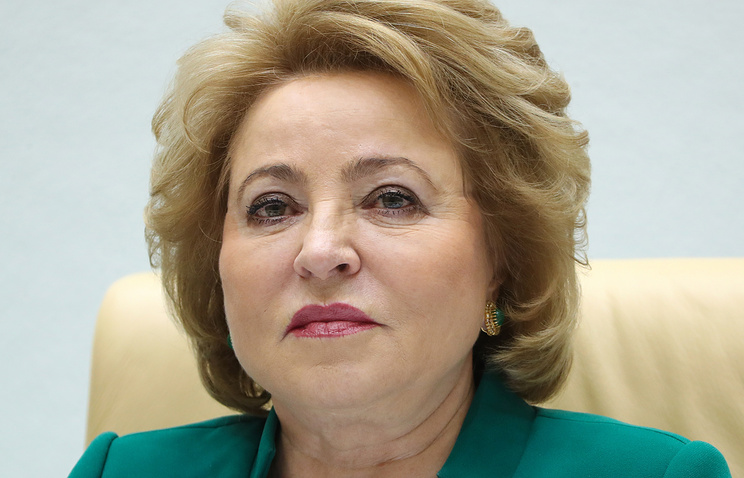 MOSCOW, December 11. /TASS/. New resignation of heads of Russian regions are planned before the end of this year, a planned rotation will continue in 2018. This was stated by Federation Council speaker Valentina Matvienko in an interview with RBC.

“By the end of this year, no one will retire, she said. – As for next year, it will certainly continue a planned rotation of those governors who have a term ends, they do not plan again to go, for other reasons”.

“To name names I won’t consciously. I can only assume, although this is not the scope of our responsibility,” – said Matvienko.

In September the resignation of the heads of five Russian regions – Nizhny Novgorod and Samara regions, Nenets Autonomous district, Krasnoyarsk Krai and Dagestan. In October changes occurred in the leadership of the three regions – Ivanovo, Omsk and Pskov.

Russian President Vladimir Putin said at a meeting of the discussion club “Valdai” on 19 October that the change of heads of regions in Russia – natural process, in which the emphasis is on “perspective of technocrats.” The goal is “the creation of the governors of the young, promising, modern people who think about the future of the region and all over Russia”, said the head of state. He noted that this does not mean dissatisfaction with the work of the previous heads of regions.