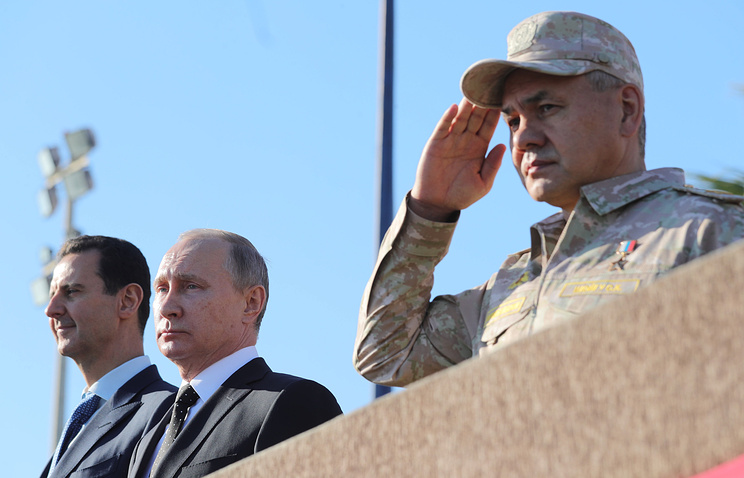 MOSCOW, December 13. /TASS/. Russian President Vladimir Putin submitted Wednesday to the state Duma the agreement with Syria about the expansion of the centre of logistics (MTO) of the Russian Navy in Tartus for 49 years. Information about this posted in the Duma’s electronic database.

“This agreement is valid for 49 years and is automatically extended for successive 25-year periods if neither party at least one year before the expiration of the next period, notifies in writing through diplomatic channels the other party of its intention to terminate it”, – the document says.

“The point of logistics enjoys the full immunity from civil and administrative jurisdiction of the Syrian Arab Republic. His movable and immovable property shall be immune from search, requisition, arrest and Executive actions”, – stated in the agreement.

It is also noted that operation of the MTO item is carried out by forces and means of Russia. “The Russian side has the right to send to the Syrian Arab Republic and include the expense of the Russian side the necessary personnel point of logistics”, – the document says.

Russia’s President visited on Monday the base Hamim in Syria, where he announced the defeat of the “most militant group of international terrorists” and instructed to begin significant withdrawal of Russian military contingent from the Syrian Arab Republic.