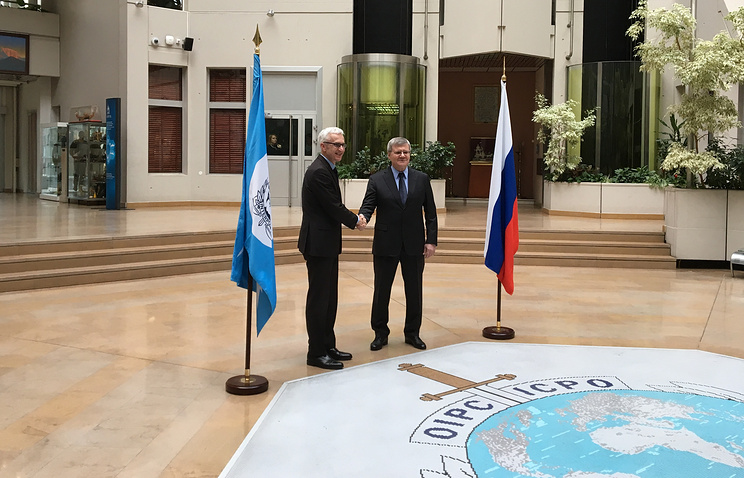 LYON, December 12. /TASS/. The head of the Prosecutor General of the Russian Federation Yuri Chaika and Secretary General of International criminal police organization (Interpol) Juergen Stock on Tuesday held a meeting at the Lyon headquarters of Interpol. As have informed journalists in the Russian delegation, the parties discussed the issues of international law enforcement cooperation.

“In his speech, Yuri Chaika noted that law enforcement cooperation through Interpol channels in the current environment, given the increased terrorist threat has acquired a special significance”, – reported in the delegations of the Prosecutor General of the Russian Federation.

Assessment Chaika, “Russian interaction with foreign partners, as well as with the General Secretariat of Interpol is characterized by high dynamism and efficiency”.

In addition, a Seagull and a Stock discussed implementation of decisions taken in September 2017 at the 86th session of the Interpol General Assembly in Beijing, said the delegation.