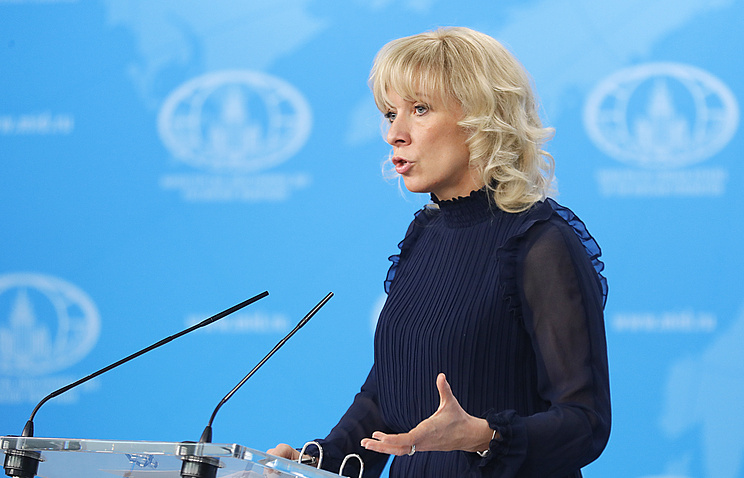 MOSCOW, December 13. /TASS/. Russia suspended diplomatic presence in Yemen and evacuated from the country by a special flight the Embassy staff, as well as 30 citizens of Russia and other countries wishing to leave the conflict zone. At the briefing Wednesday, said the Director of the Department of information and press of the Russian foreign Ministry Maria Zakharova.

“December 12 was temporarily suspended by the Russian diplomatic presence in Sanaa, she said. – All employees of the Embassy of Belarus in the Republic of Yemen had left the Russian capital a special flight. The same flight from Yemen were evacuated 30 people from Russia and some other countries who wished to leave the area continued in Yemen armed conflict”.

The official representative of the guardian drew attention to the fact that “staying in Riyadh, the Russian Ambassador in Yemen will continue its activities and contacts with the people in the Kingdom of Saudi Arabia the legitimate leadership of Yemen.”

“Therefore, we believe it necessary to reaffirm our principled position in favour of failure in Yemen opposing sides of the use of force, discuss with them the accumulated contradictions, but also its future state arrangement at the negotiating table taking into account the views of all leading political forces of this country, – said Zakharov. – Intend to continue to use all available opportunities to contribute to the achievement of this goal”.

Since August 2014, Yemen was the scene of the confrontation between the legitimate from the standpoint of the international community, the authorities and the rebellious Houthis. In the most active phase of the conflict has passed with the beginning of the invasion at the request of President Abd-rabbu Mansour Hadi in March 2015 Arabian coalition. The situation has deteriorated on 29 November 2017, when Sana’a began fierce fighting, the reason for which was an attempt by the rebel forces of the Houthis to capture a number of institutions and facilities controlled by supporters of the former President. On 2 December, the former President of Yemen Ali Abdullah Saleh announced the rupture of partner relations with the Houthis, and on 4 December he was killed by rebels as he was travelling to his village in the mountainous region of Sanhan, located a few dozen kilometers from Sana’a.