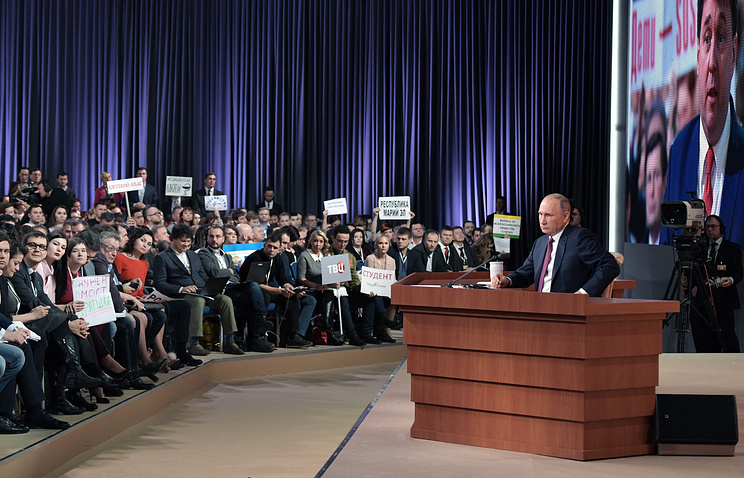 At the press conference of Vladimir Putin was accredited a record number of journalists — 1640. Only one in 30 had to ask the question.

Of the 55 people who received this opportunity, 54 were journalists, and one frankly admitted that “deceived” organizers of the press conference and works as a journalist and Chairman of the Board of Directors of the Murmansk rybkombinat.

Other interesting facts and figures about the press conference of the President — in infographics by TASS.