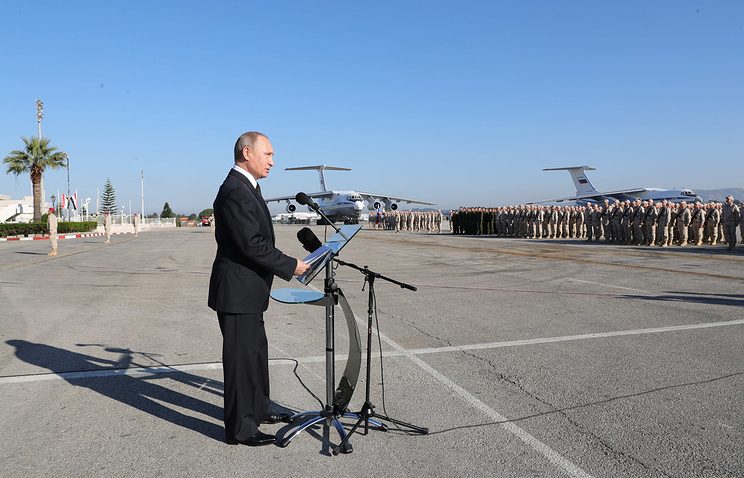 MOSCOW, December 14. /TASS/. Press Secretary of the Russian President in interview to TV channel “Russia 24” did not disclose the details of the preparation of the visit of Russian President Vladimir Putin in Syria to the base Hamim, assuming that the head of state himself and talk about it during a press conference on Thursday.

“Tell me, with what probability you can assume that this question be asked of the President? With a large, right? Why do you need us to pre-empt a press conference,” – said the representative of the Kremlin, answering the question of how long prepared Putin’s visit to Syria.

Peskov said that there is technical training, and political training. “The preparation of this visit was the surgery itself videoconferencing to support the regular Syrian army against terrorists of ISIS (the former name of the grouping “Islamic state” banned in Russia – approx. TASS), – added the press Secretary of the President. – This operation, which lasted several years, really has largely achieved its goal, and the territory of Syria, was freed from terrorists and is ripe with all the conditions for a political settlement”.

This Peskov added that, as commander in chief, Putin has largely steered, when carried out cross-border foreign VC operation. “This is a completely normal phenomenon,” he concluded.