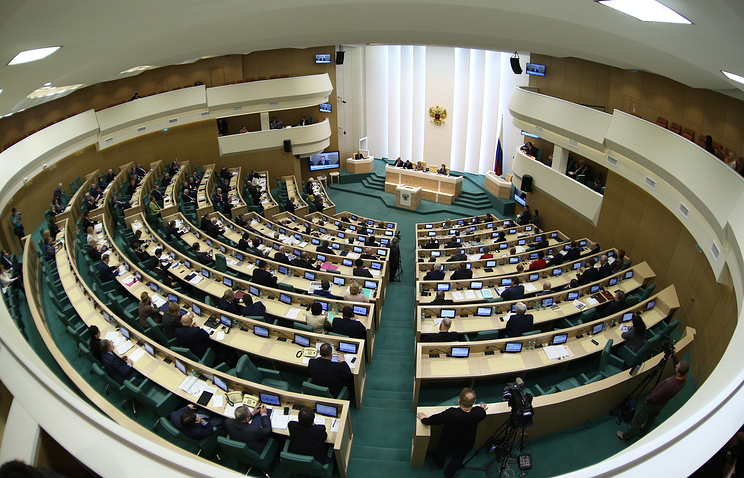 MOSCOW, December 14. /TASS/. The Federation Council Committee on constitutional legislation and state construction on Thursday approved the draft resolution on appointment of date of elections of the President of Russia on March 18. The Committee recommended that the upper house of Parliament to consider and adopt this document at a meeting on Friday.

“Endorse the draft resolution on appointment of presidential elections of the Russian Federation, which States that in accordance with the law on elections to the Federation Council decides to call an election on 18 March 2018,” – said the head of the Committee Andrei Klishas. He recalled that this date is obtained by calculation in accordance with the change of the election law.

“We proposed to the Federation Council at the meeting tomorrow to adopt a resolution on appointment of presidential elections of the Russian Federation. Date – March 18, 2018. The decree will enter into force from the day of its official publication,” the Senator said.

He thanked the CEC for participation in the work on amendments to the law. “Changes to the law were made as a result of joint work of the Committee, the CEC. Tomorrow we are meeting Ella Pamfilova,” said Klishas.

For five days (until December 20) the decision of the Federation Council should be published. Only after the publication of this document, the election campaign is officially launched, the parties may conduct a pre-election Congress, and independent candidates – to arrange meetings of support groups.

In a press-service of the CEC previously told TASS that the decision on purpose of elections may be published in printed media – the newspaper “Rossiyskaya Gazeta” and “Parlamentskaya Gazeta” and on the portal of legal information. If the document will be published before the portal, the campaign will be formally launched from this point.