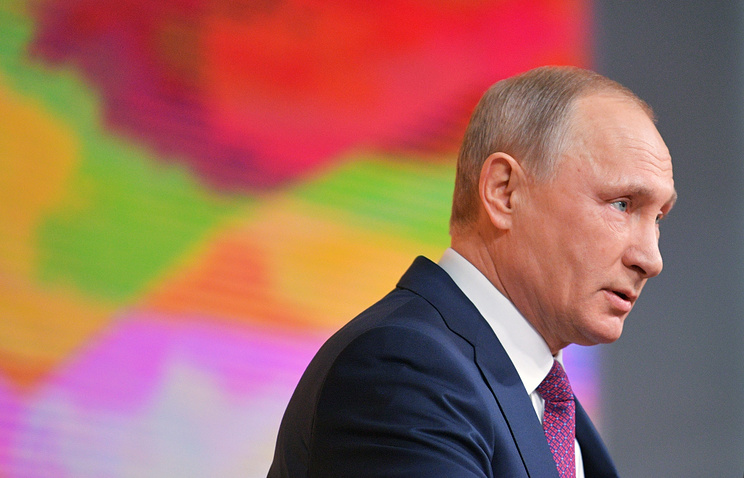 Improvements in the areas of health and education, increasing the retirement age, the assessment of the implementation of the may decrees, to identify and support talented children were a key theme of social policy that were discussed during the annual big press conference of Russian President Vladimir Putin.

Family support for the benefit of demography

In the course of communication with journalists, Putin spoke about the recent initiatives to increase the fertility rate and support the institution of the family.

Answering the question about the introduction of the abortion ban, Putin reminded that in the vast majority of countries the decision about abortion is taken by the woman. In the case of prohibition blossom clandestine abortions, which increase the mortality of potential mothers and jeopardize women’s health.

“Women go to have abortions abroad, apply enormous damage to women’s health. Dramatically increased mortality. We must proceed from the moral and ethical standards that have developed in society. Nothing can break through the knee”, — said the President.

At the beginning of conversation with journalists, Vladimir Putin noted that the attention of the authorities and society need to focus on several issues, including on the development of medicine, education and raising income levels.

These social areas of life were touched upon in the may decrees, the signing of which in 2012 began a third presidential term of Vladimir Putin.

The President praised the execution of the may decrees as satisfactory.

Also according to the President, the task of providing children with places in kindergartens in the may decrees made by 98%. “The number of children who are awaiting a place in the queue — 63 thousands. It was more than half a million, and now 63 thousand. I am sure that we will shortly close this question”, — he said.

The task of resettlement of dilapidated housing, which was also set in the may decrees, in all regions of Russia is made almost entirely, Putin said.

“You said about dilapidated housing. There [in the “may decrees”] the aim was to eliminate hazardous housing. It’s a little bit different category. With regard to emergency housing, in General, the task is almost solved. Another thing is that the old housing sometimes little different from the emergency,” – said Putin.

On 30 October, the President signed a law extending until January 1, 2019 year of work of Fund of assistance to reforming housing and communal services. Vice-speaker of the Federation Council Galina Karelova said the legislative extension of the mandate of the Foundation will have a positive impact primarily on the implementation of programs on resettlement of citizens from emergency housing in the regions.

The decision to increase the retirement age is still pending

As noted by the President for a final decision on raising the retirement age need careful calculations of possible effects, as well as open discussion.

The solution of the existing problems, the President sees an increase in health financing. According to him, next year the overall spending on medicine will increase to 4.1% of GDP (in 2016 is 3.8 of GDP).

To increase the availability of medical care in settlements with population from 100 to 2,000 Putin proposed to create a new medical hubs. “And in places where less than 100 people you need to create a mobile medical care”, — said the President.

Also when communicating with journalists there was a question about additional assistance to people with serious illnesses.