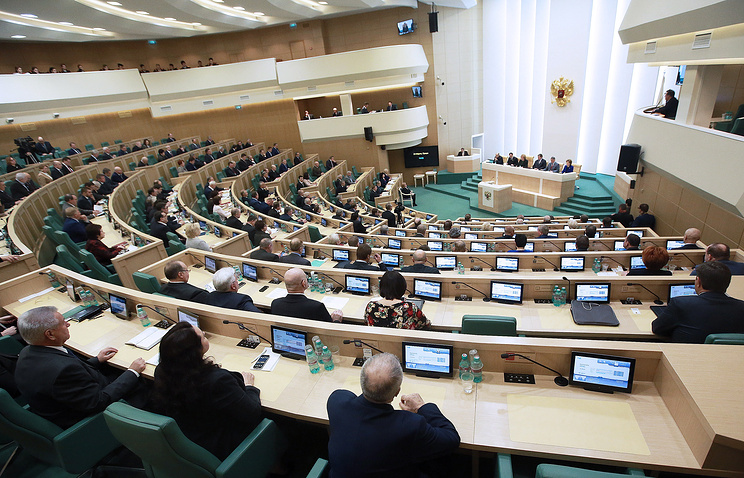 MOSCOW, December 15. /TASS/. The Federation Council at session on Friday unanimously approved the decision of the chamber on appointment of presidential elections of the Russian Federation on 18 March 2018.

As head of the Federation Council Committee on constitutional legislation Andrey Klishas, as a General rule, the day of voting in the presidential elections is the second Sunday of the month in which the vote was taken on the previous elections.

“However, if Sunday must be assigned to the elections, falls on the week, including after hours or a holiday, the election shall be appointed for the following Sunday. Based on these provisions, the draft resolution of the Federation Council provide for the appointment of presidential elections on March 18, 2018”, – said the Senator.

The decision will be published on 18 December. The decision on appointment of elections shall be officially published in mass media, followed by election campaign.

“We will prepare all materials for publication and publish them on 18 December”, – said Klishas.

“So you two days enough for publication?” – asked the speaker of the Federation Council Valentina Matvienko. “Yes,” the Senator said.

In a press-service of the CEC previously told TASS that the decision on purpose of elections may be published in printed mass media (“Rossiyskaya Gazeta” and “Parlamentskaya Gazeta”) and on the portal of legal information. If the document will be published before the portal, the campaign will be formally launched from this point.