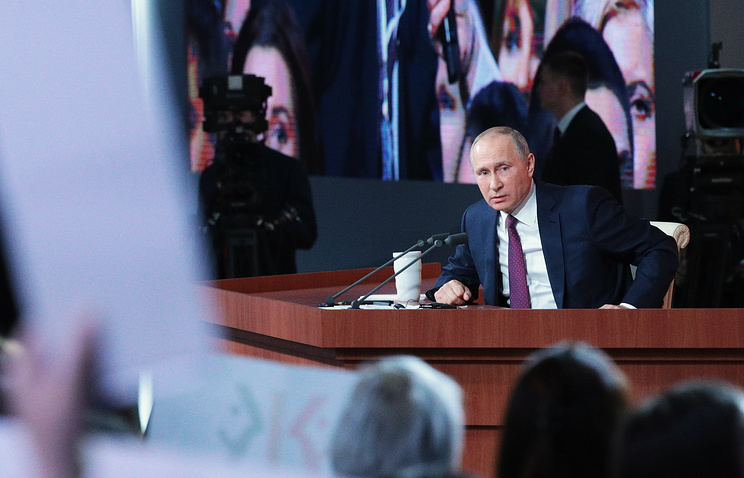 On the basis of the official transcript of the press conference of Vladimir Putin, TASS made a word cloud that allows you to see what the President spoke most often.

Without regard to service parts of the speech, the President said 2548 words 11568 times. From this list we also excluded adverbs, all types of pronouns, and here’s what happened:

Frequent use of the words “region” and “regional” (47 overall) captures the attention of the participants of the press conference it was on domestic issues. While the word “international” was performed only 15 times.

Vladimir Putin did not go from the statement or recognition problems (this word sounded 44 times), but the responses 57 times included the word “decision”.

In this context it is worth to pay attention to the frequent use by the President of action verbs. For example, the word “make” was used 47 times, “doing” 35 times.

The frequency of other words you can see in the infographics by TASS.