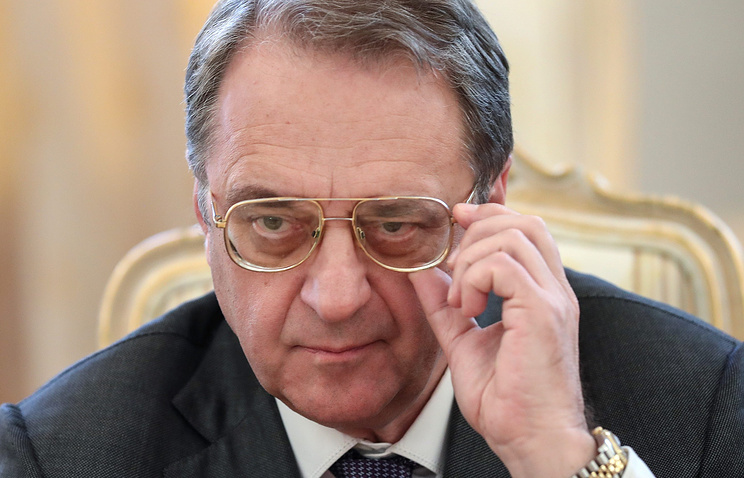 MOSCOW, December 16. /TASS/. The special representative of the President of the Russian Federation for the Middle East and Africa, Deputy Minister of foreign Affairs of Russia Mikhail Bogdanov discussed with the Chairman of the “Moscow” platform of the Syrian opposition, Qadri Jamil, the situation in Syria. On Saturday reported on the website of the foreign Ministry.

“During the meeting held detailed discussion on the development of the situation in and around Syria in the context of which ended in Geneva eighth round of inter-Syrian talks under the auspices and with the mediation of the UN and training to be held in early 2018 in Sochi Congress of the Syrian national dialogue”, – stated in the message.

The scheduled Congress of the Syrian national dialogue, the timing of which is not yet defined, aimed to gather all representatives of Syrian society to develop further measures for the drafting of a new Constitution of Syria. We are currently negotiating a list of its members.