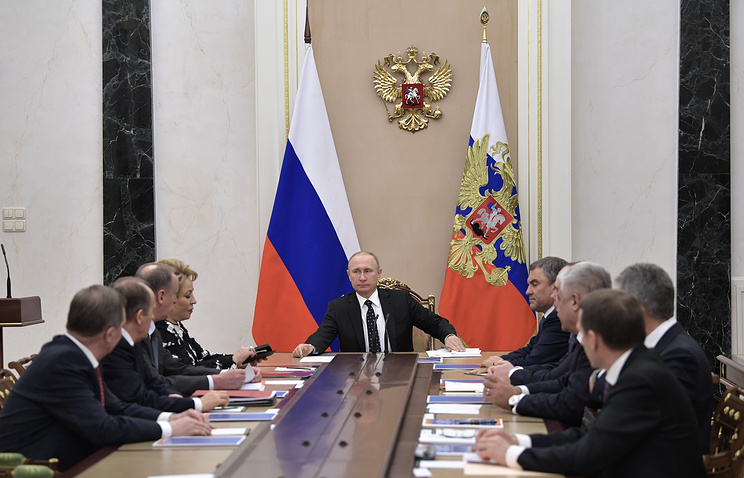 MOSCOW, December 15. /TASS/. Russian President Vladimir Putin discussed with the permanent members of the security Council of Russia, the situation on the Korean Peninsula taking into account the results of his conversation on this subject with the President of the United States Donald trump, as well as the withdrawal of Russian troops from Syria. This was reported by press Secretary of the head of state, Dmitry Peskov.

“The meeting discussed the situation on the Korean Peninsula, including in the context of the meeting held on Thursday of the conversation of the Russian President and U.S. President Donald trump,” – said the representative of the Kremlin.

Earlier on Friday, Peskov reported that Putin and trump in a telephone conversation spoke in favor of dialogue with Pyongyang to resolve the situation on the Korean Peninsula.

The leaders have also agreed to share information and initiatives in this regard, he added, noting that the conversation was quite lengthy and substantive.

The meeting also addressed the situation in Syria.

“Defense Minister Sergey Shoigu of the Russian Federation informed members of the security Council on the progress of the withdrawal of Russian troops from Syria,” – said Peskov.

According to a spokesperson, “there was also an exchange of opinions on topical issues on the domestic agenda”.