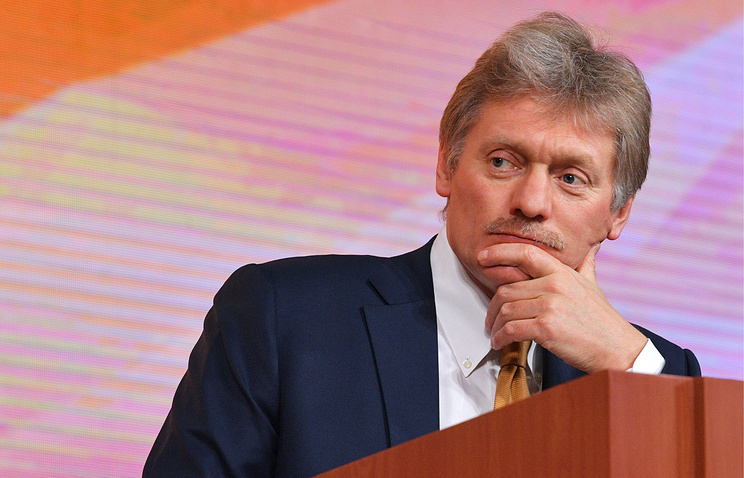 MOSCOW, December 15. /TASS/. Russian President Vladimir Putin never really says the name of Alexei Navalny, which is likely to be associated with the attitude of the head of state to this opposition blogger. This told the press Secretary of the President Dmitry Peskov told reporters, who drew attention to the fact that at a large press conference, Putin once again in his answer to the question escaped mention Bulk.

“(The President) does not mention (the name of the Bulk), indeed,” admitted Sands. “We also notice it”, he added.

“Apparently it is connected with the attitude to this man that the President did not hide during the press conference,” suggested the press Secretary.

On Thursday during a press conference, the journalist Ksenia Sobchak asked a question about whether the decision to refuse admission to the election Navalny with the fear of the current government competition with him.

Putin explained that, in his opinion, “the opposition should come up with clear, understandable people affirmative action”. He assured Sobchak that “the government was not afraid of anyone and not afraid of anyone”. “But the government should not be similar to the bearded man, who lazily picks out the cabbage from his beard and looks at how the state is transformed into some muddy puddle from where the oligarchs pick out and catch the Golden fish, as it was in the 90-ies and today it is happening in Ukraine”, – he said.

Speaking of Navalny, which the President identified as “the character you mentioned”, Putin compared it with the ex-President of Georgia Mikhail Saakashvili, participated earlier this month in riots in Kiev.

Previously Alexei Navalny announced intentions to fight for the presidency in 2018, despite the fact that under the law existing criminal record serious article of the Criminal code does not allow him to run.