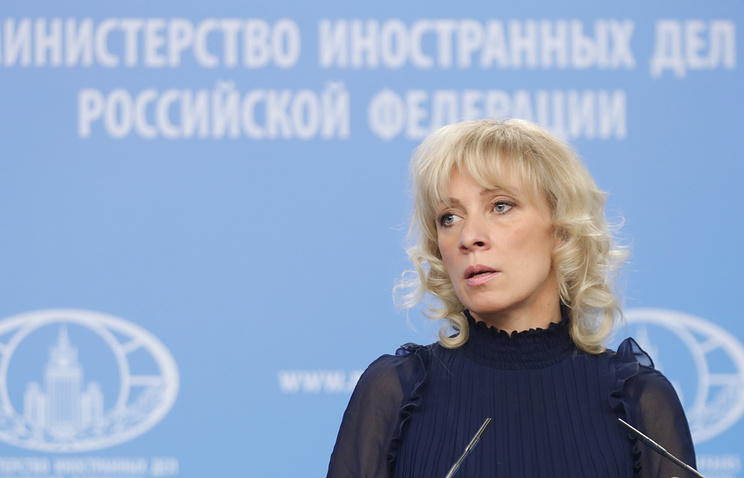 MOSCOW, December 17. /TASS/. Russia was never a “militant country”, in contrast to the European States. This statement was made official representative of the Russian foreign Ministry Maria Zakharova in Facebook Sunday in response to the words of British foreign Secretary Boris Johnson likening Russia with Sparta.

Earlier in an interview with the Sunday Times Johnson historical parallel, calling Athens an analogue of Europe and the United States, and Russia – a closed and unfriendly, like ancient Sparta, noting the need for cooperation with Russia.

“The comparison is incorrect. And it’s not even that Russia was never a “militant country”, unlike those of European countries. The essence of the contradictions Athens and Sparta – oligarchy as the basis for the device the last. I think nothing is more oligarchic than the United Kingdom, it is impossible to imagine, so in fact Boris Johnson, of course, not rights,” she wrote.

At this, Zakharov agreed with another statement of the head of the British foreign office. “But in the same grade can agree with him: the war of Athens and Sparta weakened classical Greece, which was used by the Persians and Macedonians. Today’s feuds that are planted and actively cultivates the West, particularly on the European continent, of course, weaken the Western civilization and make it vulnerable to such threats, as ISIS (the terrorist group “Islamic state” banned in Russia)”.

She also stressed that “the game in free historical Parallels similar to those invented by the head of the foreign office, can make it even further, and one very fine day it is, be creative and extraordinary, will see in your own country, for example, the island of Lesbos”.

Earlier it was reported that the British foreign Secretary Boris Johnson intends next week to visit Moscow to discuss with the Russian side in particular, the situation in Syria.