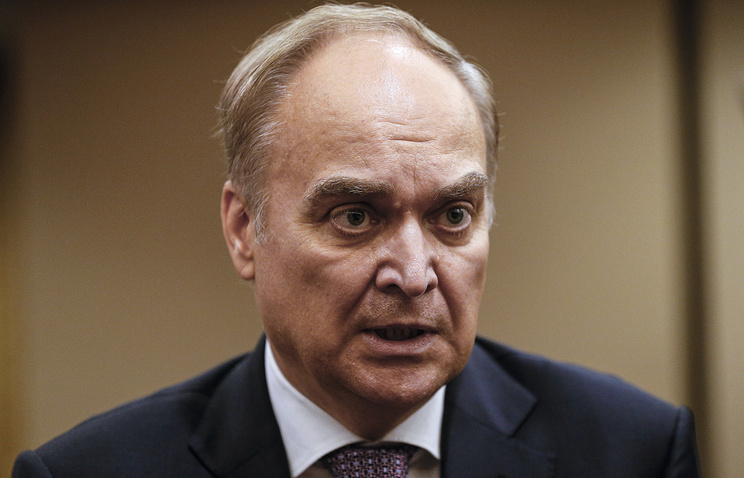 WASHINGTON, 18 Dec. /TASS/. The presidents Russia and USA Vladimir Putin and Donald trump demonstrate the importance of cooperation between Moscow and Washington. About this on Sunday said the Russian Ambassador to the United States Anatoly Antonov.

Speaking at a reception to mark the 210th anniversary of Russian-American relations, he reminded the guests about held on 17 December conversation between the two leaders, during which Putin thanked trump for the information from the Central intelligence Agency, which helped to prevent the attack in Saint-Petersburg. “It is obvious that this is a positive example of what can be achieved our country working together,” said Antonov.

He also stressed that this was the second conversation of the presidents over the past week. “These contacts confirm that our countries need each other. They define a joint programme of action on strengthening international security”, – said the head of the diplomatic mission.

“As emphasized by the President of Russia Vladimir Putin, we have a lot of tasks that we can, by joining forces to perform more effectively than it does now,” continued the diplomat. According to him, “all this is in the interests of the Russian and American peoples.”

“Amid growing turbulence and conflict potential in international Affairs bridging the gap, finding ways to combine interests instead of their opposition is absolutely necessary to combat modern challenges and threats. First and foremost is, of course, to countering an unprecedented surge of international terrorism,” – said Antonov, assuring guests that “this topic is in the focus of constant attention of bilateral contacts at the highest level.”

According to the diplomat, in recent years cultural ties have played an increasingly prominent role in the relations between Russia and the United States. “The relations between our countries increasingly prominent role played by cultural relations as an effective tool for building understanding between people and to prevent new dividing lines. It is gratifying to note in this regard, the undying interest of Americans to the achievements of Russian culture”, – said Antonov.

The diplomat also welcomed the members of the orchestra Nordic Pulse, who spoke at a reception at the Russian Embassy. According to Antonov, the group has been a “striking example of how art is able to erase any borders”. “In front of you, musicians from Russia, Australia, Germany, Lithuania, Poland, USA, Finland and Estonia. Their ability to cohesively work in a team and find a common language can serve as an excellent model for the development of relations between States”, – concluded the head of the diplomatic mission.