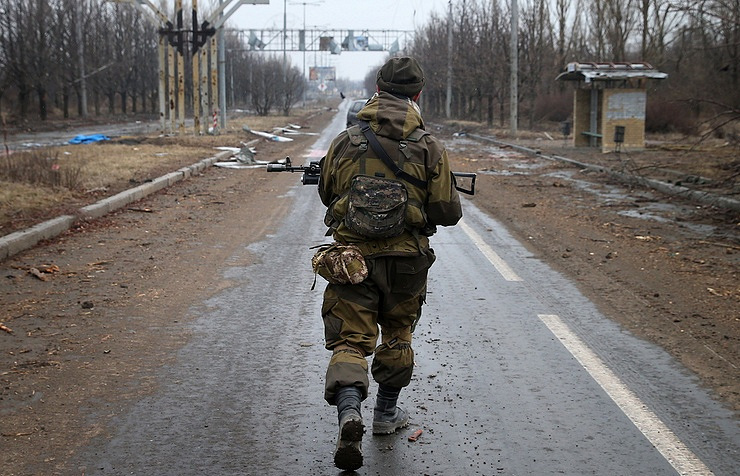 The CROSSING NEKHOTEEVKA /Belgorodskaya oblast’/, 20 Dec. /TASS/. The Ukrainian military had systematically committed provocations against the Russian troops from the Joint center for control and coordination of questions of ceasefire and stabilization of the situation (SCCC), including when performing tasks in the conflict zone. This was reported to journalists by the head of mission of the Armed forces of the Russian Federation in SCCC Lieutenant-General Sergey Kostarev.

“Against Russian servicemen in SCCC were systematically carried out provocations during the crossing of border checkpoints in the course of the rotation, and performing other monitoring tasks in the conflict zone,” said Kostarev, who together with the Russian group of officers returned to Russia.

According to him, officers had established a harsh terms of accommodation and travel, for example, supervision in the dining room and back armed patrol.

In particular, Kostarev said that while returning officers at the checkpoint were also committed provocations. “One officer held the checkpoint for five hours. Under the false pretext he seized the passport, then I lost the instruction on execution of tasks. In the end, the situation ended positively”, – said the General.

He also said that the delay in returning officers were the fault of the Ukrainian side. “Was not filed on time, the buses that disrupted transmission “Maori”, and we were forced to cancel their move yesterday as it was unsafe. And to make it this morning,” explained the General.

Limitations of the Russian military

The work of the Russian officers SCCC in recent months has been restricted, access to officers of the Russian mission to the line of contact is almost blocked, said Sergey Kostarev.

According to him, on Tuesday completed the withdrawal mission of the Armed forces of the Russian Federation in the Joint center for control and coordination of questions of ceasefire and stabilization of the situation. The General recalled that the soldiers of the armed forces were directed to the composition of the SCCC at the request of the chief of the General staff of Ukraine Viktor Muzhenko to assist in the resolution of domestic conflict.

“Russian officers in good faith, often with risk to life, did his duty, helping to restore peace in the South-East of Ukraine. In recent months, because of the actions of the Ukrainian side to the JCCC activity has become very limited, the conditions of stay of our representative office in Ukraine significantly deteriorated, and the officers of the Russian representative to the contact line of the parties almost blocked,” said Kostarev.

According to Kostarev, office of the armed forces at the JCCC impossible under the introduction of Ukraine of biometric control. He said that “in August 2017, by the President of Ukraine signed a decree on strengthening of measures of control of crossing the state border, including on the introduction from 2018 is unacceptable for Russian troops in SCCC biometric control”.

“Repeated appeals to the Ukrainian side about the necessity of resolving this issue to no avail. In the circumstances the mission of the armed forces of the Russian Federation as part of JCCC was not possible,” said Kostarev.

According to him, the legal status of Russian servicemen in the composition SCCC in three years of existence of the Center for leadership of Ukraine has not been resolved.