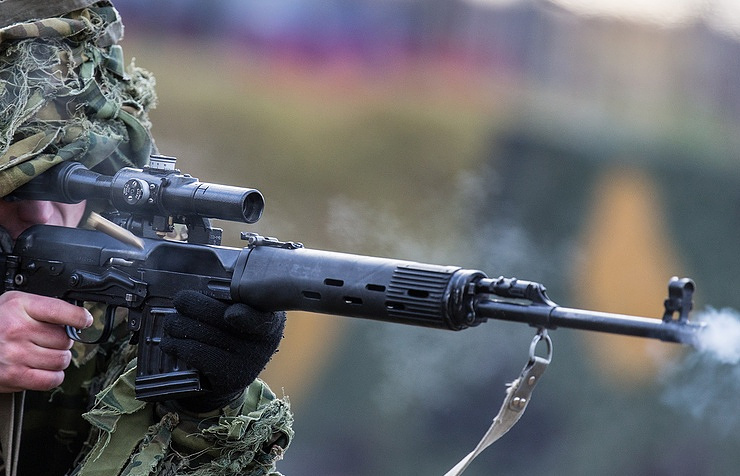 The CROSSING NEKHOTEEVKA /Belgorod oblast/. Russian officers from the Joint center for control and coordination of questions of ceasefire and stabilization of the situation (SCCC) crossed the border with Ukraine and returned to Russia, the correspondent of TASS from the event.

A group of officers in full force crossed the Russian-Ukrainian border crossing nehoteevka. Soon the military will arrive in Moscow.

The Russian foreign Minister Sergei Lavrov, speaking on December 7 at the meeting of the Council of foreign Ministers (CFM) of the OSCE in Vienna, drew attention to the fact that Kyiv is doing everything to put the Russian officers SCCC “in unbearable conditions, making them unacceptable and impossible demands, in fact, ensuring that the Centre has ceased to exist”.

In turn, the defense Ministry in a statement on 13 December stated that the conditions of stay on the territory of Ukraine the Russian officers of the composition SCCC began to wear “openly discriminatory” and “relate not only to perform their duties in line SCCC, but also the basic questions of life.”

As a result, Monday, December 18, the Russian foreign Ministry said it was impossible in such conditions to further the mission of the Armed Forces of the Russian Federation to the JCCC and stressed that “all responsibility for possible consequences lies fully on the Ukrainian side.”

On December 19 the Russian representatives left the territory of the proclaimed republics of Donbass and moved to Kiev-controlled Soledar. It is expected that the question of Russia’s participation in SCCC will be on Wednesday raised at the meeting of the Contact group on settlement in the South-East of Ukraine.