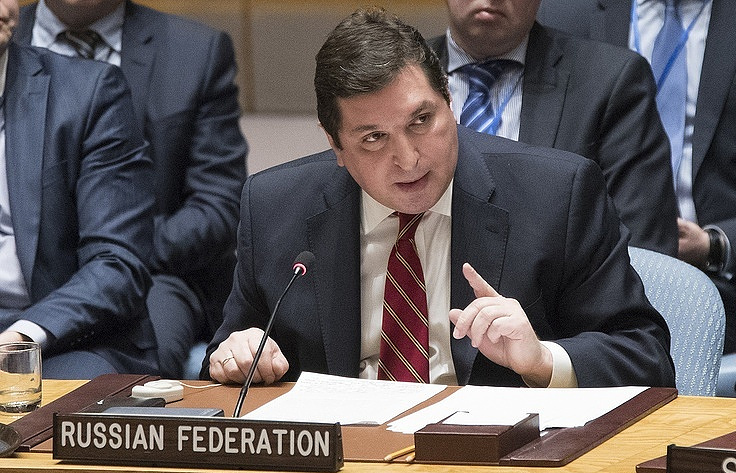 UN, 20 Dec. /TASS/. The UN Secretariat is not mandated to investigate allegations the United States and other countries on the supply of Iranian weapons to Yemeni rebels. This was stated on Tuesday by Deputy permanent representative to the UN Vladimir Safronkov at the meeting of the Security Council on the implementation of resolution 2231 adopted to support the implementation of the Iran nuclear deal.

December 14, the U.S. permanent representative to the UN, Nikki Haley, presented in Washington by the fragments of shot down on 4 November by Saudi air defense forces missile, which was released by rebels-Houthis in the direction of the international airport of Riyadh. Security Council meeting on Tuesday, the Deputy UN Secretary-General for political Affairs Jeffrey Feltman said that the Secretariat of the world organization analyzes this information, but have not yet come to a conclusion about the Iranian origin of the missiles and other weapons, presented by the American side.

Safronkov said that to carry out such investigations, the Secretariat “has neither the authority nor the expertise”. “These events are conducted without prior approval of the security Council, is illegitimate, and received their course information cannot be considered as reliable and don’t have to join the report,” said the diplomat.

He also stressed that the report of the UN Secretary General, antónio Guterres, on the resolution 2231 “should not contain information from open sources, and links provided to individual countries deliberately unverified or unverifiable information.” “Such information should be sent to the security Council, which is empowered to decide on further steps, including conducting the investigation. Independent actions on this score can not be regarded as legitimate,” – said Safronov.

He also opposed the proposal of the UN Secretary General to hold a joint meeting of the Committee of the security Council, to monitor implementation of the resolution on the Iranian atom, and the group of experts that monitors compliance with sanctions on Yemen, including a ban on arms supplies to the rebels in the country.