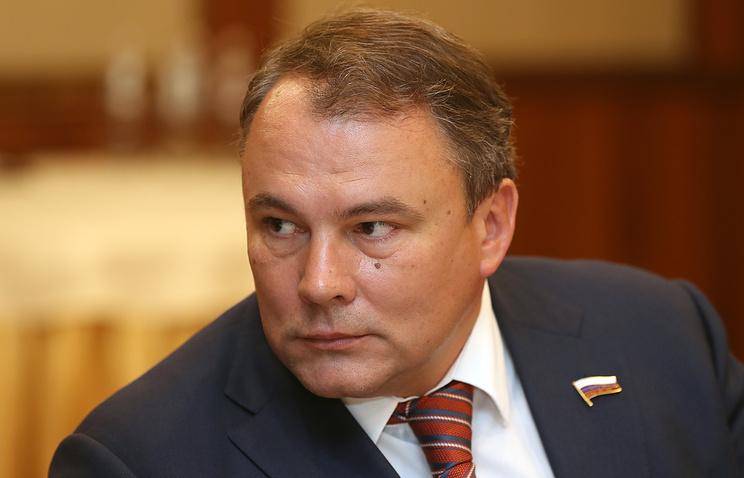 MOSCOW, December 20. /TASS/. Bloggers can fall under the scope of the law on mass media-registered as foreign agents if they are media and receive funding from abroad. On Wednesday told journalists the Vice-speaker of the state Duma Pyotr Tolstoy.

“If they [bloggers] are the media and receive funding from abroad, but, in principle, we do not consider bloggers in the context of this law”, – he told, answering a question of journalists, whether bloggers fall under the law on mass media-registered as a foreign agent.

While Tolstoy said that the draft law on the recognition of individual mass media acting as foreign agents will relate to the owners of the media. “We are talking about the fact that we have media owners can be not only to legal but to physical persons. Accordingly, if a natural person is equated to the media, and we have such and receives foreign funding, under these two conditions it can be considered noagenda” he said.

On 19 December in the state Duma was introduced a bill which proposes to oblige the media, recognized as performing functions of a foreign agent, to disseminate information to establish a Russian legal entity within one month from the date of its recognition noagenda. There is also the possibility of blocking access to resources that distribute media materials-registered as foreign agents without proper labelling also stipulates the possibility to equate such media individuals.