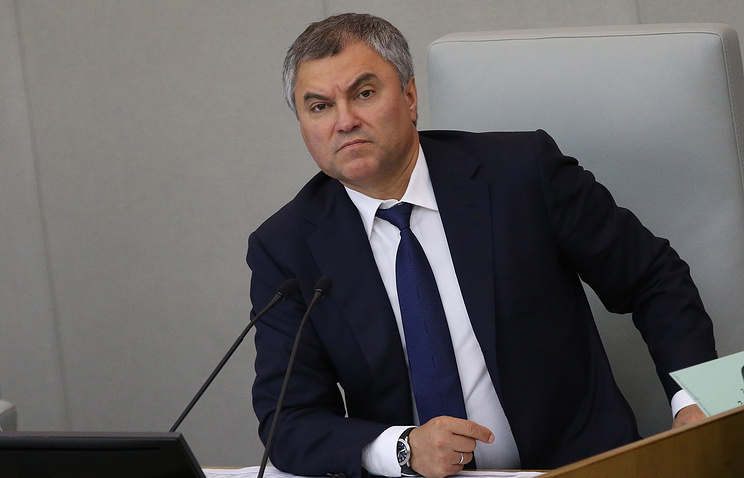 MOSCOW, December 22. /TASS/. Chairman of the state Duma Vyacheslav Volodin has described as absurd the US sanctions against the head of Chechnya, Ramzan Kadyrov, the Magnitsky list and warned about the imminent symmetric response of the Russian Federation.

“US, loudly declaring yourself as a fighter against terror, instead of to build interaction with those who have long and successfully addresses these challenges, takes absurd decisions”, – said the speaker reporters on Friday, commenting on the recent decision of the US authorities in relation to the head of Chechnya and other Russian citizens.

He expressed confidence that Russia will soon give a “symmetrical response, and the principle of reciprocity is respected.”

Volodin stressed that he considers unacceptable the us sanctions policy. According to him, “Ramzan Kadyrov elected by the people head of the Republic, [it is] the Hero of Russia, contributed to the fight against international terrorism.” “Kadyrov is doing a lot to save children’s lives by organizing their evacuation from conflict zones”, – said the head of the chamber.