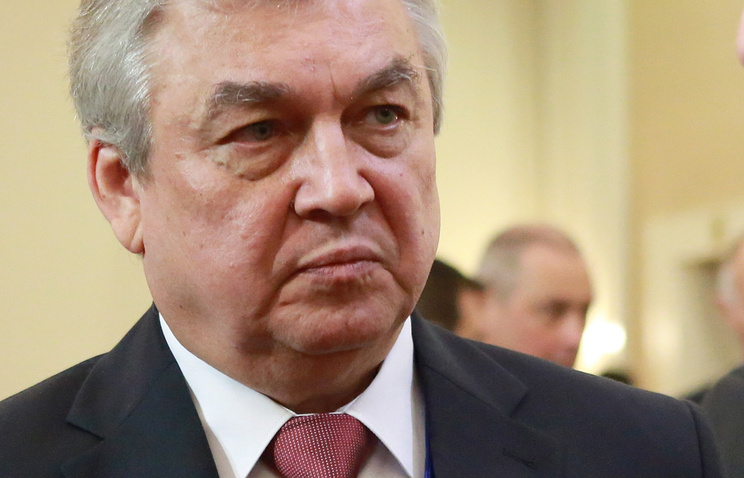 MOSCOW, December 23. /TASS/. The Committee on constitutional reform is planned to create at the Congress of the Syrian national dialogue in Sochi. This was stated by the President’s special envoy on the Syrian settlement, Alexander Lavrentiev in interview to TV channel RT.

“Various issues will be discussed on this forum, especially on constitutional reform, to create conditions for holding fair elections under UN auspices with the participation of international observers, he said. – This work should begin, should establish a Committee or Commission can be called whatever you like, on the constitutional reform”.

Among the other tasks of the Congress Lavrentiev called the question of the restoration of Syria, whose decisions can also be made a separate Committee or group. “Unfortunately, now we see that several countries continue to link financial support for the restoration of the Syrian economy with the progress in the Syrian settlement in the way they see it,” he said.

The special representative also stated that approval of the final list of Congress participants is still continuing, the number of delegates can be increased.

“Harmonization of the lists is still ongoing,” he said, noting that this process is planned to be completed in a short time, after which participants will be invited.

The diplomat stressed that the planned 1.5 thousand delegates is not the final figure and their number can be increased to ensure the representation of all political forces, including external and internal opposition armed groups. “Most likely, participants will expand through the inclusion of representatives of those minorities who wish to participate, he said. We were invited to the Congress of the national dialogue of representatives of all armed groups, which reject any manifestations of terrorism and extremism. If people agree to follow these principles, we will gladly take on the Sochi forum”.

As pointed out by Lavrent’ev, group who prefer to solve problems by military means, and to use terrorist methods to achieve the objectives will be destroyed. He expressed confidence that the situation in Syria to the Congress not hurt. “This is absolutely not related to each other,” he added.

Congress of the Syrian national dialogue will be held in Sochi on 29-30 January.