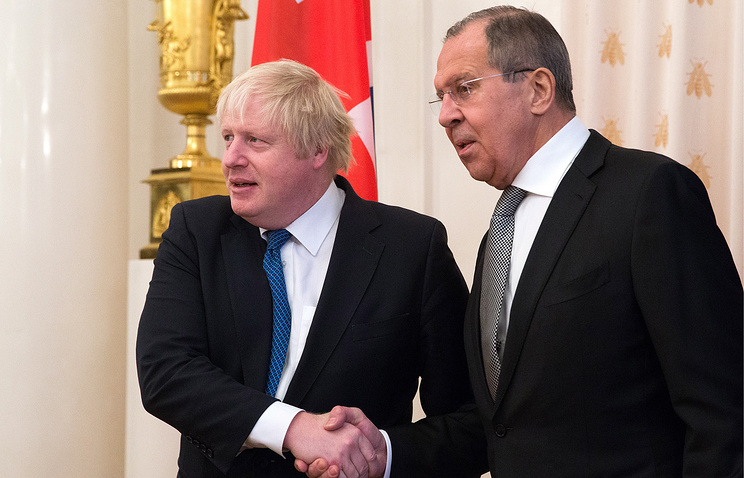 The foreign Ministers of Russia and great Britain Sergey Lavrov and Boris Johnson speak at a joint press conference.

The head of the British foreign Ministry has arrived in Moscow with one-day visit on Friday. He became the first head of the foreign office, visiting the capital of Russia for the last five years.

According to the official speaker of the Russian depodesta Maria Zakharova, the Ministers planned to discuss the state and prospects of Russian-British relations in search of ways to improve them and enhance bilateral cooperation.