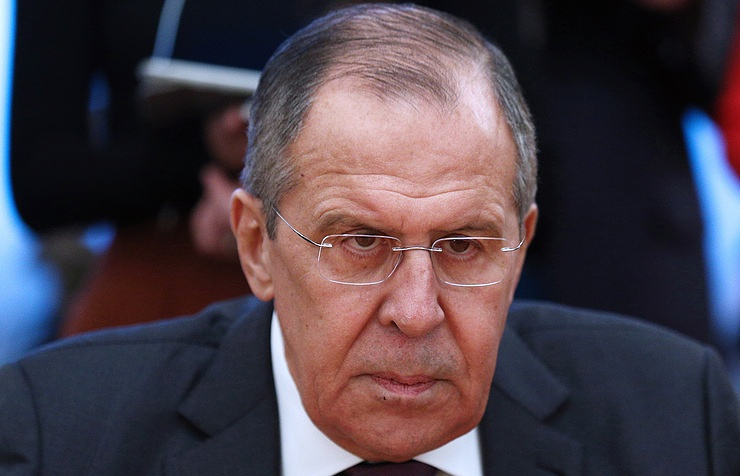 TASS, 24 Dec. Russia supports the participation of all permanent members of the UN Security Council, including Russia, in an international conference on Cyprus. This was stated by Minister of foreign Affairs of Russia Sergey Lavrov in an interview to the Cypriot newspaper Simerini published on Sunday.

According to him, Moscow takes the UN a Central place in the process of resolving the situation on the island, as the whole negotiation process is based on the resolutions of the UN Security Council. “It is therefore logical to our proposal on the participation of all permanent members of the UN Security Council, including, of course, Russia, in discussing the external aspects of the settlement and, consequently, in an international conference on Cyprus”, – said the Russian foreign Minister.

As the Minister said, Russia is focused on active work with Cyprus for the implementation of the agreements reached during the official visit of the President of the Republic Nikos Anastasiadis in Moscow in October of this year. “Specific areas of practical cooperation are formulated in the final Protocol of the tenth meeting of the Russian-Cypriot intergovernmental Commission on economic cooperation, – said Lavrov. – We are convinced that in this area there is significant growth potential”.

The head of the Russian depodesta also drew attention to the noticeable increase in trade between the countries. “In January-September the increase amounted to 42.4% compared to the same period last year, he said. – It is important to consolidate this positive trend. To increase trade and economic interaction is possible by improving the structure of trade by increasing the share of products with high added value, the implementation of investment projects”.

“With regard to energy, in accordance with the decisions and recommendations of the October meeting of the intergovernmental Commission of the relevant Russian and Cypriot ministries and organizations exploring promising areas of partnership, – the Minister noted. In particular in the field of energy efficiency, renewable energy, green technologies”.

The Case Of Browder

Sergey Lavrov expressed hope that the competent authorities of the Republic will hold a fair and impartial judicial investigation in the criminal case against the founder of Hermitage Capital of William Browder.

As the Minister said, the investigation was suspended in accordance with the existing Cyprus court proceedings. “The clarification we received from the competent legal departments of the Republic of Cyprus and noted – said Lavrov. – We expect that the competent authorities of the Republic of Cyprus impartially and conscientiously conducted its forensic investigation and the perpetrators will be identified and brought to justice.”

The Russian foreign Minister also drew attention to the detailed in the media campaign, the main purpose of which was to discredit the cooperation between Moscow and Nicosia in the field of legal assistance in criminal and civil cases. “Arbitrarily imposed the thesis that the Russian requests are allegedly politically motivated, and the cooperation of the competent authorities of our countries, they say, beyond the usual international legal practice,” he said.

“Such cooperation is completely normal practice for inter-state relations, – said Lavrov. – As far as we know, Cyprus is intensely exercises it with other countries, including the US and the UK. Meanwhile, the target of speculation in the media space chosen Russia”.

“The question is, who benefits? Is the angle of view of bias should consider the situation surrounding the judicial investigation into Browder, – said the head of the Russian depodesta. – We believe that the desire of Browder and supporting its communities to make this story political overtones is absolutely groundless, since we are talking about committing the said party of tax and other economic crimes in the territory of the Russian Federation”.

In February 2017, the police completed a preliminary investigation of the criminal case against Browder and his partner Ivan Cherkasov on charges of tax evasion totaling more than 3 billion rubles. As considers a consequence, they do not transfer taxes will be further intentionally contributing to their bankruptcy. Action Browder and Cherkasov are for 1996, victims in the case are three branches of management FNS across Moscow.

The state Prosecutor asked to sentence Browder to nine years in a penal colony with a fine of 150 thousand rubles.