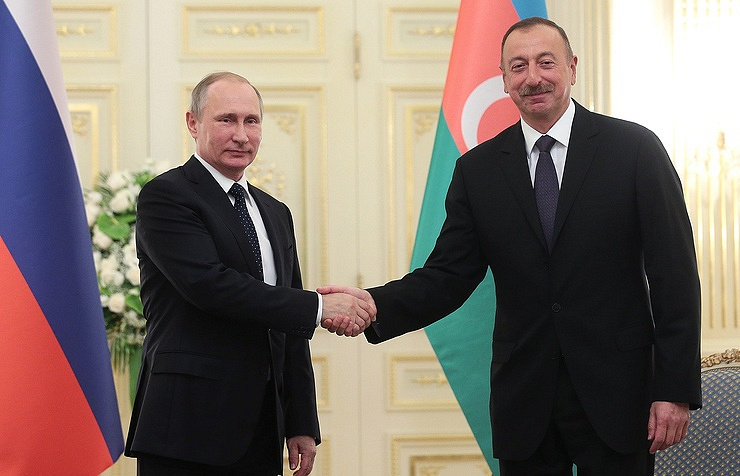 BAKU, December 24. /TASS/. The President of Russia Vladimir Putin congratulated his Azerbaijani counterpart Ilham Aliyev on his birthday, stressing his great personal contribution to the development of strategic partnership between the two countries. The message of the Russian President posted Sunday on the official website of the Azerbaijani President.

“Dear Ilham Heydar oglu, I heartily congratulate you happy birthday. Under your leadership, Azerbaijan is confidently moving towards socio-economic development, playing an active role in addressing pressing international problems. As a true friend of Russia you have made a great personal contribution to strengthening of strategic partnership relations between our countries. Warmly remember our recent meeting in Sochi and Tehran,” the message says.

“I look forward to continuing a constructive dialogue with you and fruitful joint work”, – said in the congratulation. Putin Aliyev wished “good health, happiness, prosperity and success”.

On Sunday the President of Azerbaijan Ilham Aliyev was 56 years old.

The Prime Minister of Russia Dmitry Medvedev also congratulated Ilham Aliyev on his birthday, expressing his conviction that greater cooperation is in the interests of the two countries. The text of the message published Sunday on the website of the Azerbaijani President.

“Dear Ilham Heydar Oglu. On behalf of the Government of the Russian Federation and from myself personally I congratulate You with birthday. I would like to note that Your continued attention to the development of friendly, neighborly and partnership relations between Russia and Azerbaijan. When Your personal promotion of strengthened trade-economic, scientific – technical, cultural-humanitarian cooperation, implementing major joint projects in industry, infrastructure, energy and other areas”, – stated in the message.

“I am convinced that further development of bilateral cooperation, expansion of interregional ties and business contacts to fully meet the interests of the two countries”, – is emphasized further in congratulations.