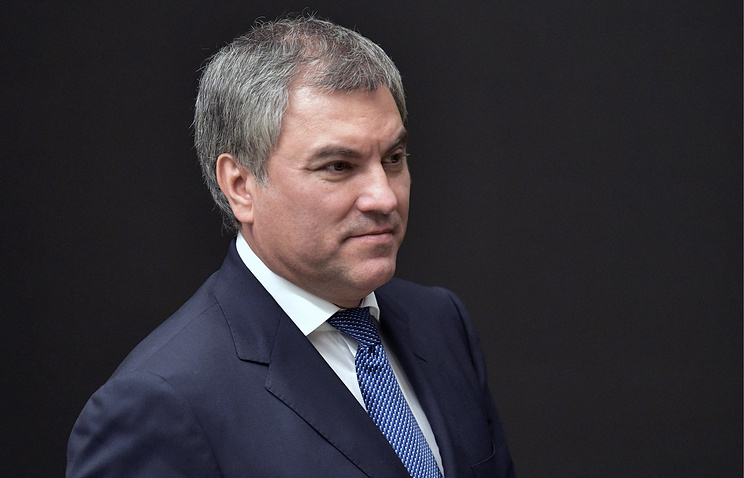 ISLAMABAD, December 24. /TASS/. Speaker of the state Duma Vyacheslav Volodin considers that by closing the accounts of the head of Chechnya Ramzan Kadyrov in Instagram and Facebook, these companies have violated the rights of readers. This opinion he expressed during bilateral meetings with the head of the Mejlis (Parliament) of Iran Ali Larijani, held in the capital of Pakistan Islamabad in the framework of the first regional international conference devoted to the fight against terrorism and cooperation.

During the meeting the presidents of the parliaments of the two countries raised the issue of double standards in US policy. As an example, Volodin has led to the closure of accounts in social networks Kadyrov. According to him, the country in which you are constantly talking about freedom of speech, do not give the opportunity to Express their own point of view different from that advocated by the United States.

“They are afraid of public talking, afraid of the truth. Something else to explain such decisions impossible. The fact that in social networks to read blogger, you need to subscribe to his blog. Closing the account, they close the right of citizens to know the opinion of the blogger to communicate with him,” said Volodin Sunday, Recalling that earlier Kadyrov was included in the sanctions lists of the USA.

“Why do they need to close the personal account do not understand. It is surprising that Instagram and Facebook are positioning themselves as international companies, thus closing the accounts of Kadyrov”, – he added, noting that companies are thus themselves discrediting, because from them Kadyrov was not charged with violation of rules of conducting of social networks. “That such a policy of closing the mouths,” – said the speaker of the state Duma.

“These decisions force other countries to take symmetrical measures, based on the principle of reciprocity,” added the speaker.

On Wednesday, the US Treasury added to the “Magnitsky list” of five Russians, including Kadyrov, whom the us administration accused of involvement in “extrajudicial killings, torture and other gross violations of internationally recognized human rights”.