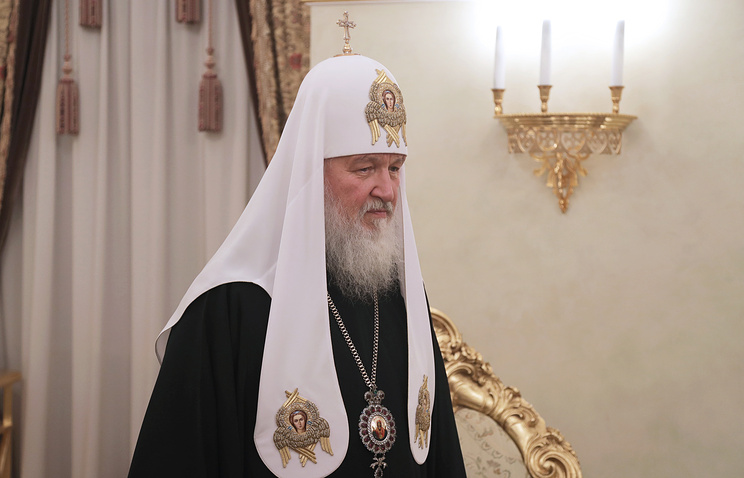 MOSCOW, December 25. /TASS/. Donbas and Kiev have agreed on all conditions for the exchange of prisoners. On Monday he told reporters the Patriarch of Moscow and all Russia Kirill during the peace meetings with leaders of the breakaway Donetsk and Lugansk national republics (DND and LNR) Alexander Zakharchenko and Leonid Beekeeper.

“Today, in the Danilov monastery, the process of approval of all details concerning the exchange of prisoners between DND and LNR and Ukraine,” he told reporters following the talks.

Zakharchenko, in turn, said that the exchange will take place on December 27.

Patriarch Kirill stressed that the lists do not included all who are in captivity, and expressed hope for continued dialogue.

“I hope that the exchange of prisoners, which will occur, will initiate this process because the lists had not included all those who still for some time continue to be in captivity. Hot and I Express the hope that this first step will continue to further efforts for the release of all prisoners”, – said the Primate of the Russian Orthodox Church.

According to him, “the Russian Church mourns in relation to what is happening in Ukraine, when brother raises a hand against brother.” He also stressed “the need for a speedy peaceful solution to the problem”. The Primate of the Russian Orthodox Church emphasized the role of the Metropolitan of the Ukrainian Orthodox Church Onuphrius in reaching consensus and expressed gratitude to all who participated in the negotiation of exchange.

The exchange of prisoners between the conflicting parties in the Donbass according to the formula “all for all” – one of the key points of the package of measures on implementing the Minsk agreements signed on 12 February 2015 in the capital of Belarus. However, over the past 14 months the exchange was not carried out. In mid-November, Viktor Medvedchuk appealed to the President of the Russian Federation Vladimir Putin with the request to assist in carrying out the exchange. According to Medvedchuk, Ukraine is ready before the Christmas holidays to release the 306 people and counting on the release of Donetsk and Lugansk 74 people.

Later, the press Secretary of the Russian President Dmitry Peskov said that Russian President Vladimir Putin spoke by telephone with the leaders of the DNI and LC, and they supported the initiative. At a video conference on 12 December, the Ukrainian side said about the necessity of re-verification of prisoners to ascertain their desire to stay on one side or the other of the conflict.