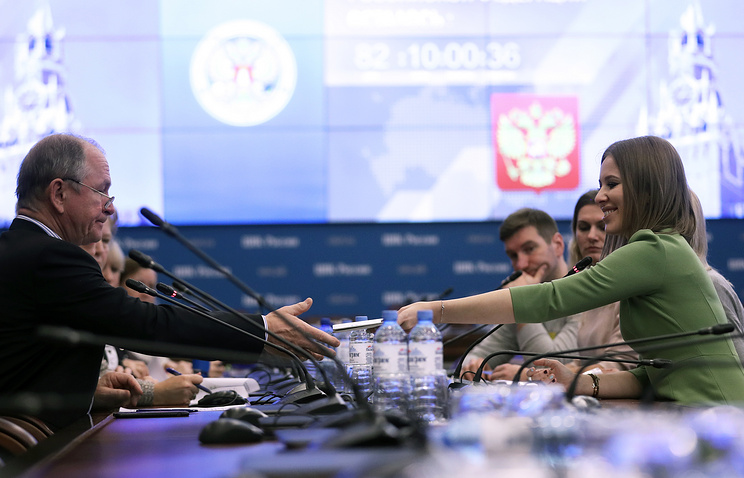 MOSCOW, December 25. /TASS/. TV host and journalist Ksenia Sobchak, who is running from the party “Civil initiative”, filed on Monday in the Central election Commission of the Russian Federation the documents required for nomination for the election of the President of Russia, the correspondent of TASS.

Sobchak was approved by the candidate at the party Congress on 23 Dec. She joined the party and the decision of the Congress included in its governing body – the political Council.

In nominating the candidate from the party must, not later than January 12 to personally come to the CEC and submit the package of documents, including a statement of consent to run, information about criminal records, income, property abroad, as well as the Protocol of the Congress with the decision on the nomination.

After nomination for candidates comes the stage of collecting signatures. Sobchak, as a candidate from non-parliamentary parties to register for elections of the President needs to collect 100 thousand signatures of voters and within the region may be collected not more than 2,5 thousand signatures. To submit tips and documents for the registration will be possible from December 27 until January 31. Presidential elections will be held on 18 March.