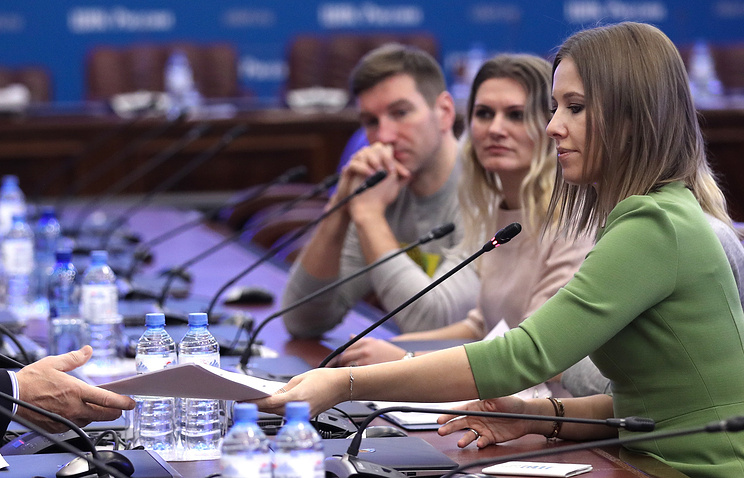 MOSCOW, December 26. /TASS/. The Central election Commission of Russia has allowed the TV presenter Ksenia Sobchak, launched at the presidential elections from the citizen initiative, to open a special election account to start collecting signatures and campaigning. The decision was made Tuesday at a meeting of the Commission.

Sobchak was approved by the candidate at the Congress “the Civil initiative” on December 23. She joined the party and the decision of the Congress included in its governing body – the political Council. 25 Dec presenter submitted to the CEC documents for nomination.

Special electoral account of all the candidates open the branch of Sberbank in the Armory lane. Only after that candidate can start the active phase of the election campaign: to collect signatures of voters and to campaign, because the manufacture of subscription lists, campaign materials and any other work must be paid for from the electoral Fund. The size of the election Fund of a candidate in the presidential elections may not exceed 400 million rubles.

Sobchak, who is the candidate from non-parliamentary parties to register for elections need to collect 100 thousand signatures of voters in its support. She has already stated that it intends to collect 130-140 thousand to select from them those to which CEC will not be able to complain about. To submit tips and documents for the registration will be possible from December 27 until January 31.