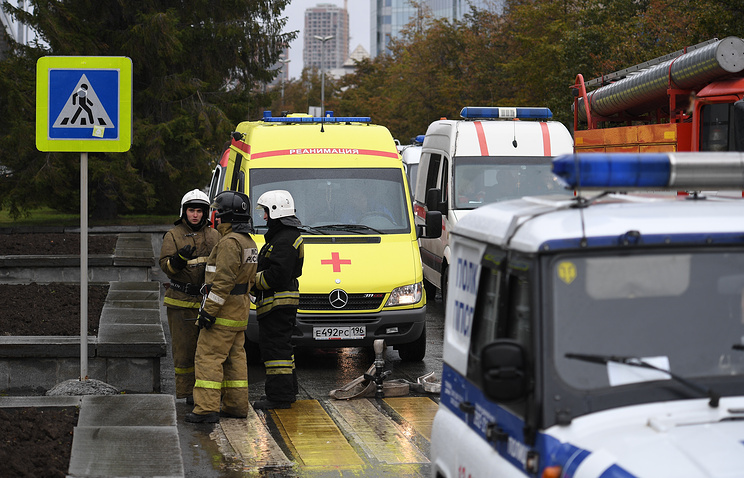 MOSCOW, December 26. /TASS/. The Secretary of the Russian security Council Nikolai Patrushev said that from September 2017 telephone terrorists “mined” 2,5 thousand objects in Russia, and calls came from the USA, Ukraine, Turkey and Japan.

“Since September because of deliberately false reporting of acts of terrorism on more than 2,500 facilities throughout the territory of the Russian Federation were evacuated about 1 million people, – he declared in interview to the newspaper”Arguments and facts”. Calls about the mining was done in 75 regions of Russia”. “The investigation showed that the vast majority of menacing phone calls about the explosion was received from abroad by means of IP telephony, in particular, from Turkey, Ukraine, USA and Japan, – said Patrushev. – So today intensified cooperation with foreign partners in order to combine efforts to search for and prosecute persons involved in the Commission of such crimes”.

Speaking of intelligence cooperation, he remembered prevented with the help of US intelligence, the terrorist attack in St. Petersburg. This interaction Secretary of the security Council called “a concrete example of positive cooperation.” “In turn, the Russian security services upon receipt of operational information about terrorist threats against the United States and other countries has always been ready to transfer to their foreign colleagues”, – said Patrushev.

According to him, false reports of bombs in public places mainly have the purpose of intimidating the population and creating the preconditions for destabilization of the situation in the country and the readiness of public authorities to respond to such calls. “Not to respond to telephone threats is impossible, because in the vast array of false reports can be hidden and a real threat, added the security Council Secretary. – The main task of law enforcement and intelligence agencies to prevent a terrorist attack, so they are forced to work for each such message.”