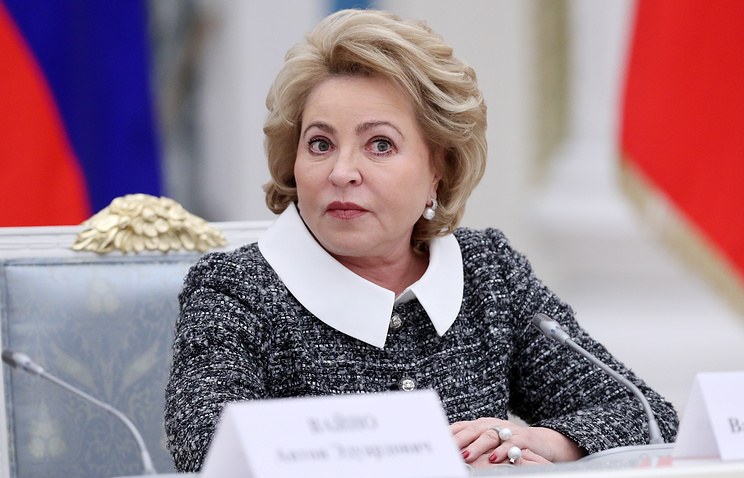 MOSCOW, December 27. /TASS/. The speaker of the Federation Council Valentina Matviyenko is confident that successful completion of the operation videoconferencing in Syria had a positive impact on the mood of the Russians.

“In my opinion, it is very important for the mood of our nation that we emerged victorious from the operation of our videoconferencing in Syria, has made real, serious results [in the fight against terrorism],” said the MP, commenting on the results of the outgoing year.

Also Matviyenko called among the main results of the year the resumption of growth of GDP. “We still managed to pass the most difficult stage of development of the country to pass the crisis, go through the conditions created by the external constraints and the recession is the main indicator”, – said the speaker of the Federation Council.

According to her, “now it is important not to lose these, albeit small, positive values, and to preserve them and to move on forward to the following year was above the GDP and industry,” – said Matvienko.