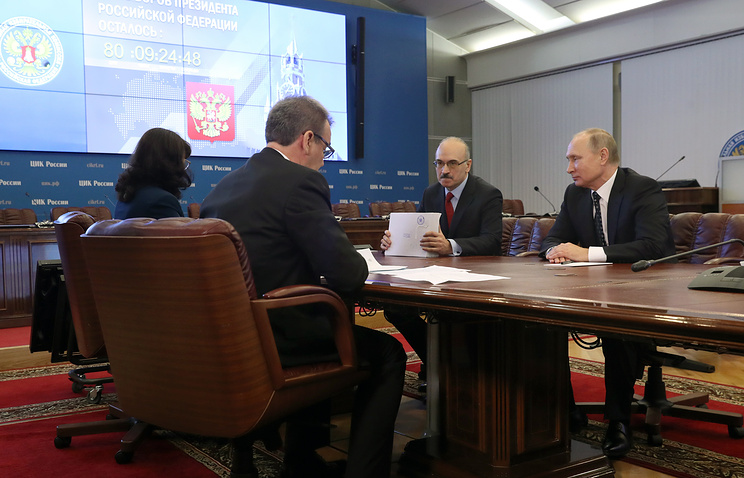 Vladimir Putin on Wednesday arrived at the CEC to submit the documents for nomination as a candidate in the presidential elections in March 2018.

On Tuesday, the voters ‘ Assembly adopted the decision to support the nomination of Putin in the elections of the President. The hall was attended by 668 people with the necessary 500. In support of Putin was made, in particular, the artistic Director of the Maly theatre Yuri Solomin, pianist Denis Matsuev, as well as the leader of the “Victory Volunteers” Olga Emelchenkova and others.