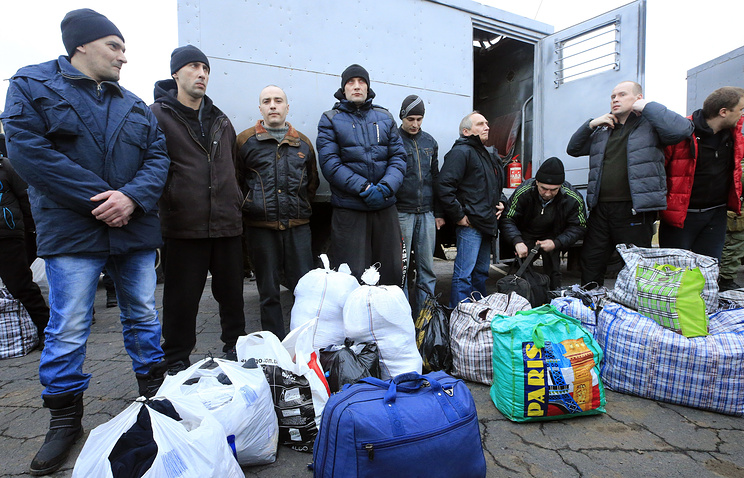 MOSCOW, December 28. /TASS/. Moscow welcomed on the 27th of December between Kiev and proclaimed republics of Donbass. This was stated on Thursday in an interview with TASS the state Secretary, Deputy Minister of foreign Affairs of Russia Grigory Karasin.

As noted by the diplomat, held a prisoner exchange was the biggest all-time domestic conflict. “Kiev and representatives of Donbass have implemented an arrangement in which the freedom gained more than 300 people, of whom more than 230 were able to return to Donetsk and Luhansk and more than 70 in Kiev”, – informed the Deputy Minister.

“Of course such an exchange is welcome, – the diplomat said. – It has become an important humanitarian step in resolving the crisis in Ukraine.”

“Yesterday’s events is, of course, the result of difficult negotiations between representatives of Kiev, Donetsk and Lugansk, – said the diplomat. – At a certain stage, additional momentum was given by the Russian President Vladimir Putin, who in response to the appeal of the representative of Ukraine in the humanitarian sub-group of the contact group on conflict settlement in the East of Ukraine] Viktor Medvedchuk supported the initiative to implement such exchanges on the eve of new year holidays. In search of a compromise the active participation of Patriarch of Moscow and all Russia Cyril”.

The Deputy foreign Minister also drew attention to the fact that the total number released was less than the previously agreed parameters of the sharing scheme “306 at 74”. “In this issue Donbass had shown flexibility and goodwill,” said he.

“The exchanges not only has humanitarian significance, but also shows the ability of Kiev and Donbass to find mutually acceptable solutions, – said the diplomat. – Now it is necessary that the parties do not lost the achieved positive momentum and continued to work as the release of the remaining withheld according to the principle “all for all” and the implementation of other areas of the Minsk agreements”.

Wednesday, December 27, on the line of contact in Donbas in the area of Gorlovka was the largest since the beginning of the conflict, the exchange of prisoners. Kiev, according to updated figures, was handed to the Republic of Donbass 233 prisoners, and received 73 people.