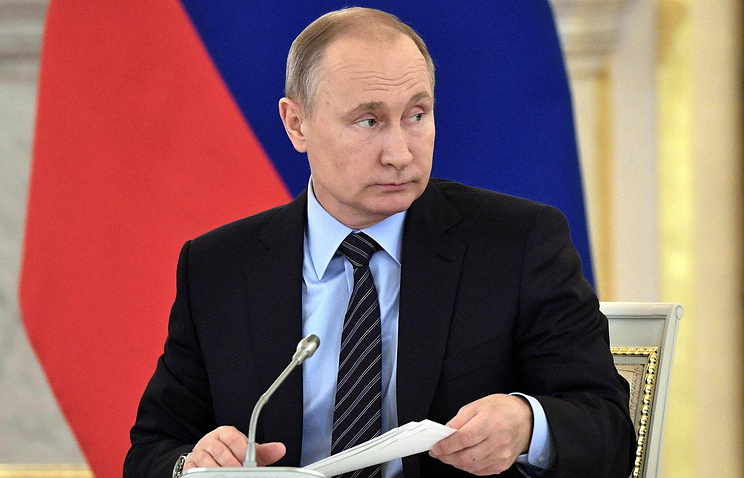 MOSCOW, December 29. /TASS/. Russian President Vladimir Putin signed a law toughening criminal liability for recruitment into the ranks of the terrorists up to life imprisonment. The document published on Friday on the official portal of legal information.

The law increases the liability for financing of terrorism, as well as for the declination, recruitment or other involving of the person in the Commission of at least one of the crimes provided by articles of the Criminal code (CC) of the Russian Federation on terrorism.

These crimes will now be punished by deprivation of liberty for a term from 8 to 20 years with a fine in the amount from 300 thousand to 700 thousand rubles or imprisonment for life. Until then, the maximum punishment for recruiters was up to 10 years in prison. As explained earlier, the Chairman of the Federation Council Committee on constitutional legislation and state construction Andrey Klishas, “one of the goals of these changes is the formation of negative public attitude to any actions on preparation of acts of terrorism, which is no less dangerous act than the terrorist attack.”

According to the Senator, the need for amendments “due to the high social danger of the public justification of terrorist activities, attempts to distort (blur) or to neutralize the essence of the criminal actions and the true purpose of terrorism in any form”.

In turn, the first Deputy Chairman of the Federation Council Committee on defense and security Frants Klintsevich explained TASS that “the law eliminates legal gaps in the fight against terrorism, fixing the key role of the recruiter in the criminal community”. “In this regard seriously increases the responsibility for recruitment or other involvement of a person in committing at least one crime of a terrorist nature. Today max Planck punishment for the recruiter is 10 years in prison, the law raises her to life imprisonment,” – said Klintsevich.

The act also introduced a new concept in the criminal code “inciting terrorism”. For this crime the penalty from 300 thousand to 1 million roubles or imprisonment for the term from five to seven years.