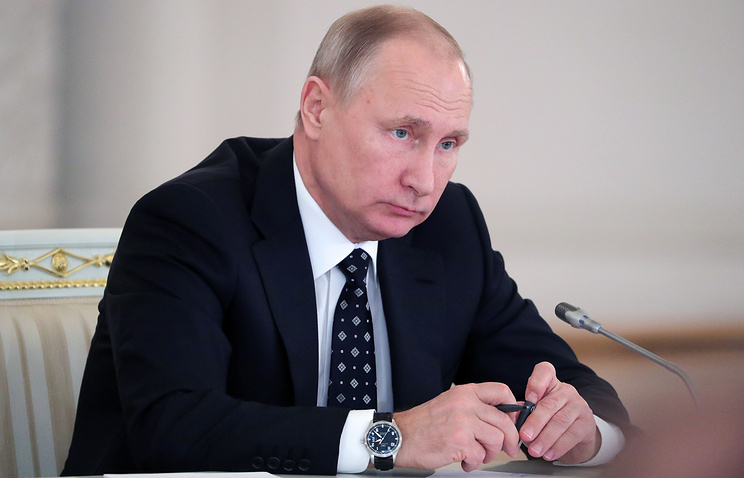 MOSCOW, December 31. /TASS/. The President of Russia Vladimir Putin has signed a law increasing the maximum term of punishment for “telephone terrorism” from 5 to 10 years of imprisonment. This information was published on 31 December on the official Internet portal of legal information.

Amendments to article 207 of the Russian Criminal code (“Knowingly false report about an act of terrorism”) provides that “obviously untrue report on preparing explosion, arson or other actions creating danger of death of people, committed towards social infrastructure or resulting in major damage, shall be punishable by deprivation of liberty for a term from 3 to 5 years.” Stipulates that the objects of social infrastructure include systems of health care, education, preschool education, enterprises and organizations related to recreation and leisure services, passenger transport, sports and recreational institutions, the system of providers of legal and financial character. Under the large damage is understood as the sum over 1 million roubles.

In a separate article 207 of the criminal code of the Russian Federation allocated about calls with the aim of “destabilizing the activities of the authorities”. Punishment in these cases, up to 6-8 years of imprisonment.

Maximum penalties are imposed by law, if the result of linoone the terrorist attacks occurred the death of a person or other serious consequences. For this “telephone terrorists” will face 8 to 10 years of imprisonment. In the current edition of the criminal code an upper limit on article 207 envisages prison terms of up to five years.

As noted earlier, the Chairman of the Federation Council Committee on constitutional legislation and state construction Andrey Klishas, a prerequisite for the changes was a significant increase in false reports about explosive devices. Since September 11 the country was swept by a wave about phone terrorism. Many cities were evacuated, schools, hospitals, shopping malls, hotels, office buildings, and various transportation facilities.