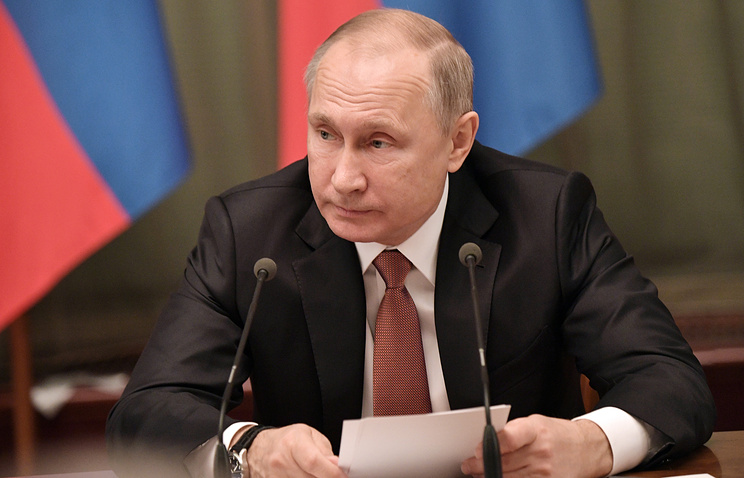 MOSCOW, December 31. /TASS/. Russian President Vladimir Putin signed a law giving the Cabinet the right to limit the disclosure of information about the activities of certain legal entities and individuals, as well as on major transactions and interested party transactions. Adopted by the state Duma on December 20 and approved by the Federation Council on 26 December, the document published on a single portal of legal information.

The government will have the right to determine the cases in which the issuers of securities may not disclose information, as well as cases in which certain data on legal entities are not subject to posting on the Internet.

According to the law, the government can also impose restrictions on the transfer of information to the credit Bureau, the direction in the state information system of obligatory copies of financial statements together with the auditor’s findings. Restrictions can relate to the consolidated financial statements and information about the supplier (contractor, performer) in public procurement, the report concluded by the company related party transactions (for the annual meeting of shareholders). The government gets the right to determine the use of sealed electronic procedures in public procurement in a number of cases, especially such procedures and operators, specialized electronic platforms, on which they are held.

Conditions of permit banks to support the state defense order

The law changes the conditions under which the Bank is allowed to procedures for banking support of state contracts. Prior to the enactment of the banking support of the state defense order could be carried out by the Bank established in accordance with the legislation of the Russian Federation and relevant at the same time three criteria: the amount of capital not less than 100 billion rubles, the Bank being under control of the Russian Federation or Bank of Russia, as well as the availability of licenses for work associated with the use of information constituting a state secret.

According to the document, Bank support in the implementation of state defense orders will be able to deal with the Bank established in accordance with the legislation of the Russian Federation and licensed to carry out works related to state secret, in respect of which the government in coordination with the President of the Russian Federation adopted the decision on the classification as authorised banks.

The Prime contractor for government contracts is required to choose from a forwarded by the state customer of the authorised banks single Bank to do his banking support.