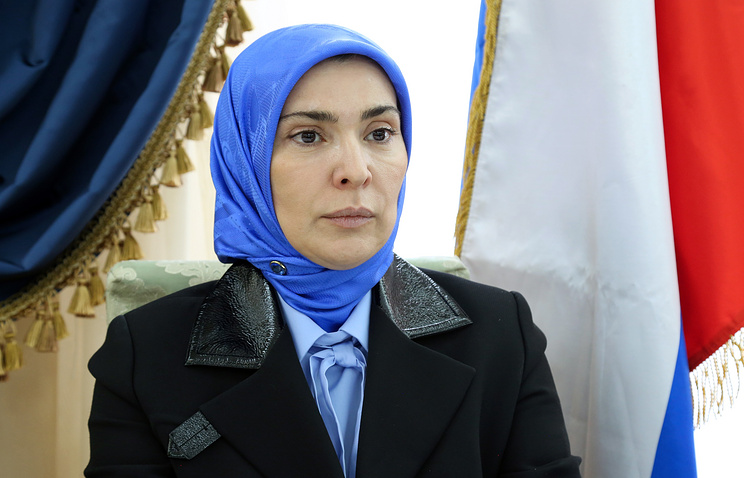 MAKHACHKALA, January 1. /TASS/. Chief editor of the magazine “Islam”, the wife of the mufti of Dagestan Gamzatov ain on Monday filed to the CEC documents for the nomination for the election of the President of Russia. This was reported on the website of the Commission.

“January 1, 2018, the Central election Commission of the Russian Federation took into consideration the documents from the Ainu Gamzatova in the procedure of nomination for the presidential election. Aina Gamzatov announced his candidacy in the order of self-promotion”, – stated in the message.

Informed about the submission of documents to the press-Secretary of Gamzatova Gurizada Kamalova. “The procedure of submission of documents complete, all right. She [.] personally, I applied, they took members of the working group headed by the [CEC member] Evgeny Shevchenko,” said Kamalov. A group of voters in support of self-Gamzatov took place in Makhachkala on December 30, it was attended by 542 people.

Now, the CEC must take a decision on registration of the authorized group of voters established in support of self-Gamzatova, and on the right to open special accounts in the savings Bank for the financing of the campaign. The independent candidate must collect in his support not less than 300 thousand signatures, wherein each subject of the Russian Federation shall be at least 7.5 thousand signatures of voters residing in its territory.

Journalist, writer, public and religious figures Aina Gamzatov was born on 1 Oct 1971 in Makhachkala. Has two higher educations – philological and legal. Gamzatov has created and heads a large media holding, which includes both secular and Islamic media. She is the co-founder of the charity Fund “the Way”, and is also the chief editor of the magazine “Islam” and adviser to the mufti of Dagestan relations with the authorities, the public and the media.

Independent candidates can apply to the CEC for extension to January 7, candidates from parties – until January 12. Elections will be held March 18.