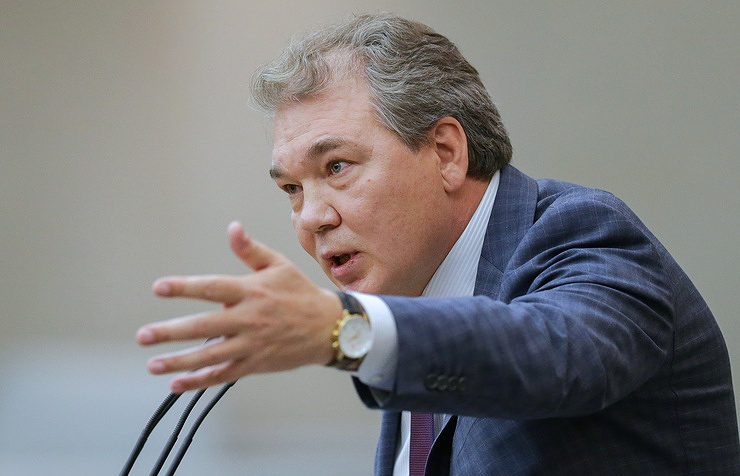 MOSCOW, January 2. /TASS/. The suspension of the President of Moldova Igor Dodon could lead to popular unrest in the country, said the Chairman of the Duma Committee on CIS Affairs, Eurasian integration and relations with compatriots Leonid Kalashnikov.

The constitutional court (CC) Moldova, previously adopted a resolution which allowed to approve personnel changes in the government, ignoring the opinion of the President Igor Dodon, who expressed disagreement with the proposed candidates. He called the decision illegal.

“To counteract this he can only brought people to the streets. In my opinion, all this could lead to popular unrest, because the people who elected the President Dodon, is unlikely to accept this state of Affairs. It seems to me that this could happen in the coming days,” – said the Kalashnikov TASS on Tuesday, commenting on the political situation in Moldova.

According to him, the decision of the constitutional court of Moldova “is in line with actions to destabilize the line of rapprochement with Russia, with the Eurasian Union advocated by the President, Dodon”. “The first time it manifested when they did it just for one day to appoint a Minister of defense. According to their law was possible,” – said the head of the Committee. However, Kalashnikov believes that “it does not climb in any one frame”. “Under any law of a normal country should impeach the President to declare, and they can be a Constitutional court to suspend for any period” – he was indignant.

The head of the Committee also believes that it is not accidental that the new removal of the President selected the new year holidays, and the period before the parliamentary elections of Moldova. “We assumed that they can take advantage of it, though, and elections to Parliament. Opponents of Dodona these elections are very afraid. They specifically did this now to weaken the Pro-Eurasian forces”, – concluded the Deputy.