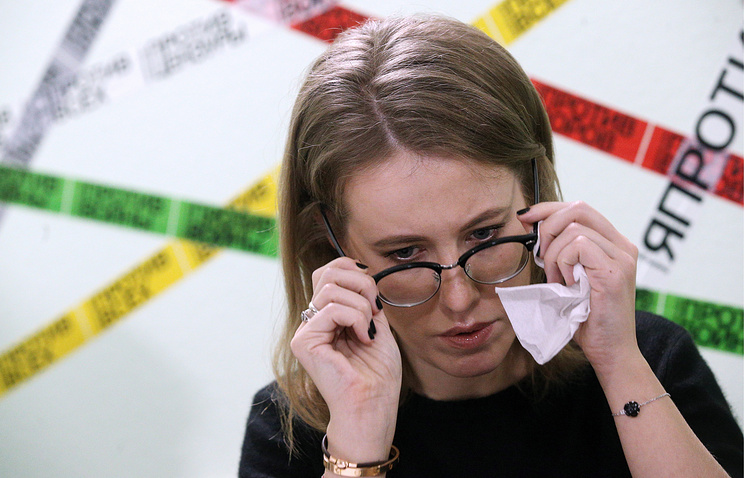 MOSCOW, January 2. /TASS/. The CEC of Russia did not receive the complaint of the election headquarters of presidential candidate of the “Civil initiatives” Ksenia Sobchak on the video of “United Russia” ostensibly in support of the incumbent Vladimir Putin, who is running for a new term. This was reported on Tuesday to journalists by the Secretary of the CEC, Maya Grishina.

“Complaint Sobchak we have not received,” she said.

The press service of the Sobchak on December 30 reported that the lawyers of the election headquarters of the presenter will appeal to the CEC and the Prosecutor’s office with complaints of illegal, in their opinion, propaganda video of the “United Russia” in support of Putin. In a video posted on the official channel of the party in YouTube, a little girl asks Santa Claus to make Putin President of Russia, and he replied that he receives many such requests. According to staff Sobchak, the video violates the law, as to the election campaign involved a minor.

“United Russia” said that the movie is “purely informational” and not campaigning for any candidate, but removed it from YouTube.

“United Russia” at Congress on December 22-23, decided to vote for Putin, who is running for a new term as an independent candidate. He has already submitted documents to the CEC, after which the Commission allowed him to open a special election account to start collecting signatures. Elections will be held March 18.