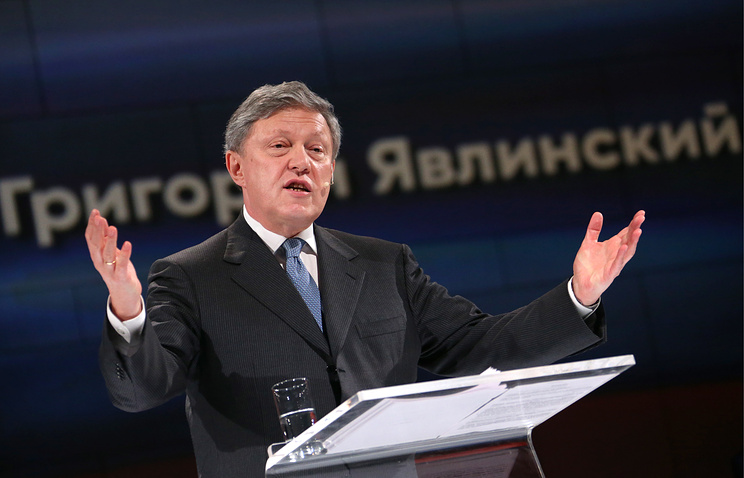 MOSCOW, January 5. /TASS/. More than 35 thousand signatures collected as of 5 January in support of the nomination of the founder of the party “Yabloko” and the President of its Federal political Committee Grigory Yavlinsky candidate on presidential elections. About this TASS said the head of election headquarters of Yavlinsky, Deputy Chairman of the party Nikolay Rybakov.

On December 22 Congress of the “Yabloko” nominated Yavlinsky as candidate in the presidential elections of the Russian Federation. Yavlinsky nominated by the non-parliamentary parties, for registration it is necessary to collect 100 thousand signatures of voters and within the region may be collected not more than 2,5 thousand signatures. To submit tips and documents for the registration will be possible from December 27 until January 31.