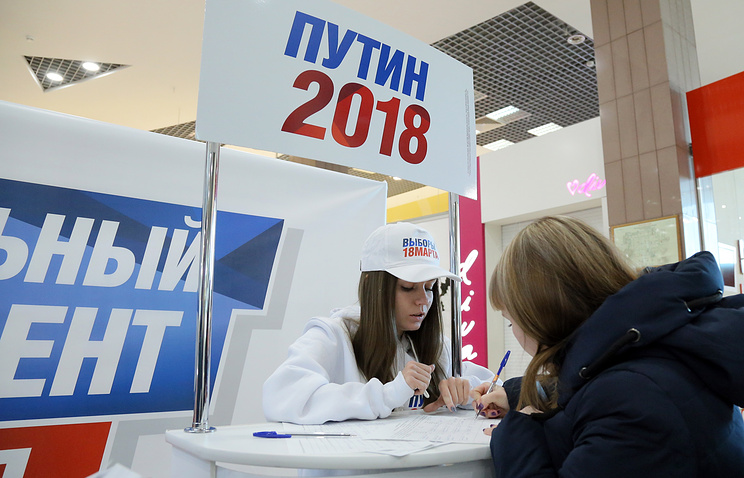 MOSCOW, January 10. /TASS/. The work of the election headquarters does not have to be formal, otherwise it will be ineffective, said the candidate in presidents of Russia Vladimir Putin. On Wednesday, he visited the Gostiny Dvor, a part of the premises which was occupied by his campaign headquarters.

“The work is informal, it is important. Moreover, if it becomes formal, it will not be effective. Obviously, people expect direct communication, and that it took place, you need to work effectively, it is helpful, sincerely and openly,” – said Putin at a meeting with the co-chairs of his campaign. They were the head of the Educational center “Sirius” Elena Shmelev, General Director of “KAMAZ” Sergey Kogogin and CEO of the children’s medical Center of Dmitry Rogachev academician Alexander Rumyantsev.

Putin thanked them for agreeing to work in the campaign headquarters and asked all the members of staff to properly conduct the collection of signatures in support of a candidate for major public office. “I would like to ask you all, who will do all this staff work, to act exclusively within the law to collect signatures to have everything correctly to avoid any violations,” he said.

Putin takes part in elections as the independent candidate. To register for the election he needs until January 31 to submit to the CEC no less than 300 thousand signatures of voters and within the region may be collected no more than 7.5 thousand. the Collection of signatures started this week. Presidential elections will be held on 18 March.

Gostiny Dvor – a monument of architecture of a few hundred meters from the Kremlin. This is one of the largest exhibition centres and shopping area.