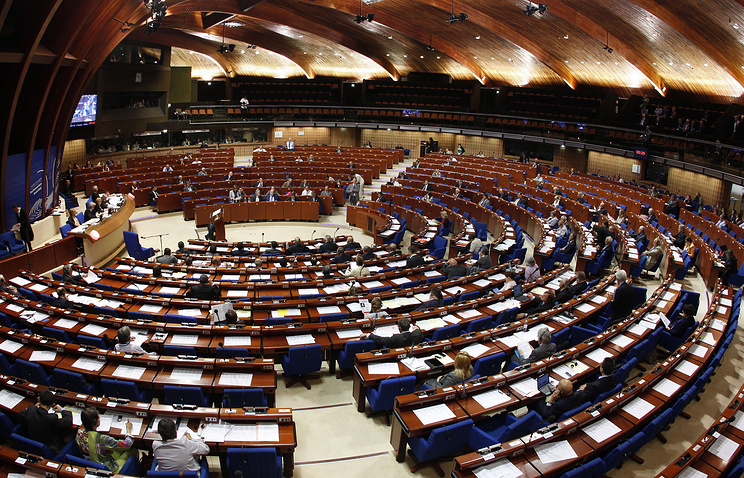 MOSCOW, January 11. /TASS/. Russia will not send its delegation to the January session of the parliamentary Assembly of the Council of Europe (PACE), because the regulations of the Assembly has not been amended on the protection of rights of national delegations from discrimination. This was stated by TASS Vice-speaker of the state Duma Pyotr Tolstoy, who oversees the lower house of Parliament’s international activities.

“Russia will not represent their delegation in the parliamentary Assembly of the Council of Europe in January due to the fact that an essential condition of our work out there, namely the guarantees of non-discrimination the rights of national delegations, were not included in the regulation of the organization, said Tolstoy. – So Russia’s decision to refrain from working at the PACE plenary remains in force until it is changed [her] regulations”. “But consultations with PACE members on this subject we have, and we will carry on with to convince colleagues that discrimination of national delegations primarily to the detriment of the organization itself”, – he stressed.

Commenting on the possibility of an invitation to Moscow members of the PACE Presidential Committee after the January meeting to discuss the future of cooperation between Russia and the Council of Europe, Deputy Chairman of the state Duma explained that “it will depend on the stage of consultations, which will be after the January session.” Informed of the likelihood of such invitations, said the head of the Duma Committee on international Affairs Leonid Slutsky.

Russia and representatives of the Strasbourg Assembly are always in the dialogue, confirmed Fat. However, “meet just to meet, this is wrong,” he said.

“We are still trying to convince the leaders of political groups, employees of the Secretariat of the PACE and so on, that the necessary effective changes in the organization,” said Vice-speaker. According to him, many treat this with understanding and agree with it. “We see efforts [in this direction of the Secretary General of the Council of Europe thorbjørn] Jagland and report to the [leader of the socialist group in PACE, Michele] Nicoletti, who encourages to harmonize the two bodies of the Council of Europe Committee of Ministers and the parliamentary Assembly,” he said. “Let’s see how this plays out specifically, it will be clear only after January the session,” concluded Thick.

At the end of June it became known that Russia suspends the payment of its contribution to the Council of Europe in connection with the participation of the Russian delegation in the PACE. At the same time Moscow is proposing to amend the regulations of the Assembly of the provisions that nobody has the right to deprive the authority of any national delegation.