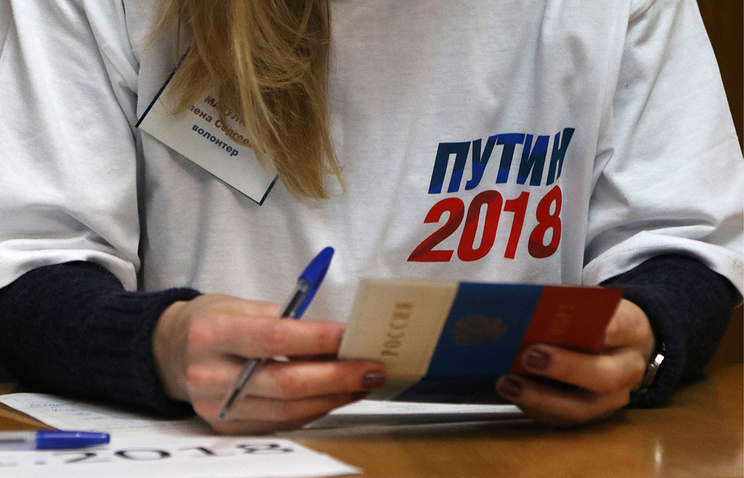 SAINT PETERSBURG, 10 Jan. /TASS/. The Chairman of the Legislative Assembly of St. Petersburg, Secretary of the St. Petersburg regional branch of the party “United Russia” Vyacheslav Makarov, Russia’s first put the signature in support of nomination of Vladimir Putin in the presidential elections of the Russian Federation. He reported about it on Wednesday to journalists.

“I am the first in Russia has signed, when they were the initiative group for nominating the candidate] in Moscow”, – said Makarov. He added that accidentally came to the meeting several hours earlier than necessary because the staff told him the wrong time of collection.

As reported TASS, the collection of signatures in support of nomination of Vladimir Putin in the Russian presidential election began on 9 January in St. Petersburg. In the hometown of the head of state started 22 points for the collection of signatures located in shopping malls. Among the 50 signature collectors are members of the party “United Russia” and representatives of the Russian popular front. In the St. Petersburg branch of the NGO “Victory Volunteers” plan to start this work immediately after the establishment of the headquarters of the candidate.

Putin takes part in elections as the independent candidate. To register for the election he needs until January 31 to submit to the CEC no less than 300 thousand signatures of voters and within the region may be collected no more than 7.5 thousand presidential Elections will be held on 18 March.