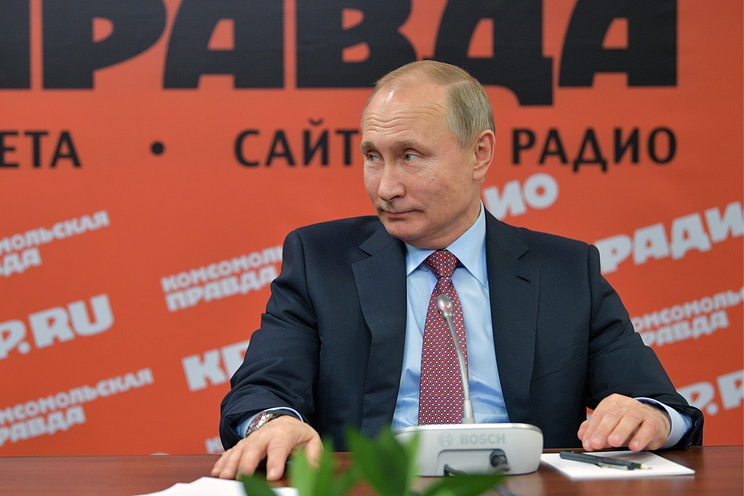 MOSCOW, January 11. /TASS/. Russian President Vladimir Putin called a provocation attack drones of the Russian base in Syria, an attack aimed at disrupting previous agreements. He stated this at a meeting with the leadership of the national print media and news agencies.

“There were provocateurs, but not the Turks. And we know who they are, know how many and who they were paid to do this provocation. With regard to these incidents, then nothing good is not. This is a provocation aimed at disrupting the previously reached agreements,” he said.

Putin added that these actions are also intended to undermine Russia’s relations with Turkey and Iran. “We understand this very well, so we will act in solidarity”, – he stressed.

According to the President, these drones were only disguised as a cottage, but it had high-tech equipment.

“As for the these attacks, there is no doubt that they are well prepared. We know when and where passed down these drones, how many of them. These aircraft are camouflaged – I want to stress this – disguised as a cottage industry. In fact, there obviously has elements of high – tech in nature,” he said.

In particular, according to him, it relates to radar systems and guidance through space, systems reset ammunition high precision method – reset automatically, and the route itself was built so that aircraft returned to the launch site.

“I mean, there are high-tech items that can’t be made in the handicraft way. But these are the realities and we see them. Additional relevant measures have been taken for the security of our sites, and hopefully they will be highly efficient”, – added the head of state.

The head of state expressed hope that “all these complicated issues will be resolved and we’ll move on.”

“I before coming into this room, right here is the one next door was talking with the President of Turkey, we discussed the situation. I am sure that neither the Turkish military nor the Turkish leadership not to have this incident,” – said Putin.

He acknowledged that the territory, where he was released the drones had to control Turkey. “But I must say that we cannot always control what we should control, and the Turkish partners is not always possible, there is a difficult situation,” – said Putin.

The head of state noted that according to the agreement, the Turkish armed forces had to install on their assigned areas observation posts, but so far they haven’t. “But this is not easy. When we put our posts of the military police, there are bandits went on the offensive, the actual they were surrounded, and well-coordinated and professional actions of our military and pilots, and special forces – we managed to make it to the corridor and to withdraw without losses,” – said Putin.