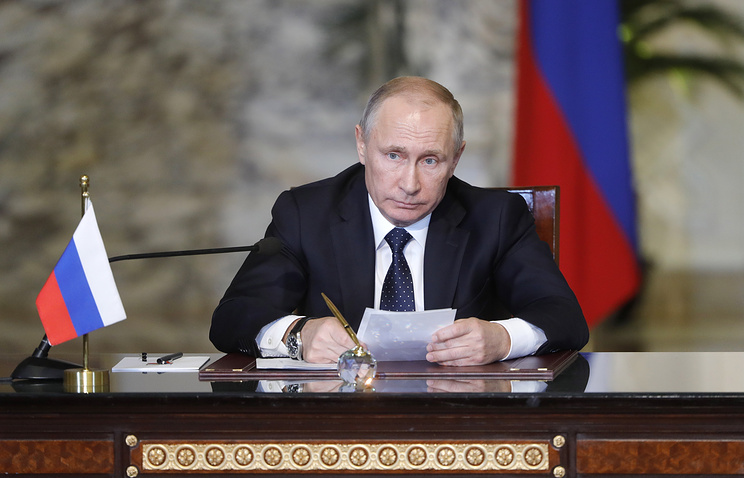 MOSCOW, January 11. /TASS/. Normalization of relations between Russia and the United States will happen if Washington will have the courage, good will and common sense. However, in the case of the continuation of the sanctions policy of the Russian-American relations will deteriorate. This was stated by Russian President Vladimir Putin at a meeting with the leadership of the national print media and news agencies, responding to a question, is there any hope for the normalization of relations with the United States.

According to him, “we are ready to normalize for a long time, just did the internal political situation in the States, not settling down”.

“We’ll see. It now depends not on us, it depends above all on the American side. Will they show good will? Will be able to have the courage, common sense, they understand in the end, as in the improvement of Russian-American relations interested themselves United States that it was in their national interests? Then everything is back to normal and will be the relationship to develop,” – said the President.

“But as long as this awareness does not come” and Americans will continue to use the Russian card in the political game, “this will be our interstate relations to worsen, they will deteriorate,” said Putin. “Let’s see what will happen this year, it does not depend on us,” again said the Russian leader.

He noted that the Russian card is played in the political life of the United States, when opponents are intimidated President Donald trump’s impeachment, arguing that the “alleged intervention of Russia”. “I want to reiterate – this is complete nonsense, complete nonsense. No collusion, no intervention on our part was not. And, to emphasize this again, I want to Express the hope that sooner or later there is a political fuss over and will create conditions for normalization of relations.” – said Putin.

However, reminded the Russian leader that the U.S. Congress took decisions on additional sanctions against Russia. “We will certainly have to analyze and look at what happens in the real world, in life: whether something is really what will be done. In line with this, we will react”, – said Putin. “But any steps to any restrictions on illegal – it is quite obvious that they are illegal sanctions, they will worsen our relations with the United States, not improve”, – concluded the President of the Russian Federation.