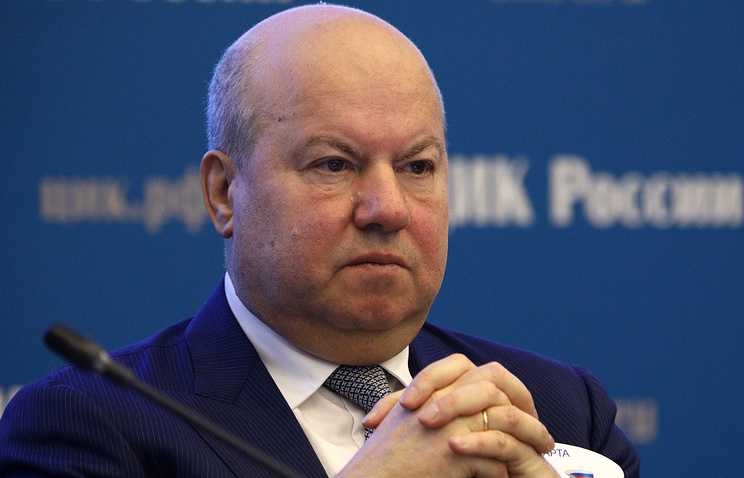 MOSCOW, January 11. /TASS/. The Central election Commission of Russia every day he gets about a dozen letters from Russians living abroad who are concerned about the possibilities of voting in the presidential elections on 18 March; in particular, the concern expressed by the Russian Diaspora in Ukraine and in the United States. This was announced on Thursday, the CEC member Vasily Likhachev at a meeting of the state Duma Committee on international Affairs.

“Many problems occur, which, frankly, in the Russian legislation there is no answer,” he said.

“On the territory of the Syrian Arab Republic will organise the voting in accordance with the legislation of the Russian Federation and international standards”, – he told, answering a question whether the organized vote in the presidential elections in Syria.

Likhachev said that polling stations will be organized at the Russian Embassy in Damascus, as well as in several other points.

Presidential elections will be held on March 18, however, in some countries voting is conducted early.

Voting for Russians in Georgia

The citizens of Russia living in Georgia, with which Russia has no diplomatic relations, will have the opportunity to vote in the Russian presidential elections in polling stations on the territory of the Russian military base in Gyumri (Armenia). This was reported on Thursday to journalists a member of the CEC of the Russian Federation Vasily Likhachev.

“In Georgia, we have no relationship. But we decided in Gyumri, Armenia, on our military base to create sites and for Russian citizens who live in Georgia, so they could come and vote,” he said.

Vasily Likhachev believes that the parties and candidates in presidents of the Russian Federation ought to work more actively with voters who live abroad, and to send observers to the polling stations formed abroad.

“If we’re talking about surveillance, the law provides to send representatives of parties and candidates on a post of the President of the Russian Federation [to the polls] abroad,” he said Thursday at a meeting of the state Duma Committee on international Affairs.

“We have very little factual material in the foreign Ministry, when some candidates, party political structures are actively working with the Russian foreign electorate. This task can be put”, – said the CEC member.

According to Likhachev, the state Duma elections in 2016, most of Russians living abroad voted in Moldova, Abkhazia, Ukraine, Germany and Uzbekistan. In total, the election abroad voted 1.2% of the electorate that is slightly more than 200 thousand people.

Likhachev recalled that just at the consular office abroad consists almost 1.9 million Russians. As previously reported, to vote in the election of the President of Russia abroad will open about 360 polling stations according to forecasts Likhachev, come to vote, 25-28% of voters abroad.