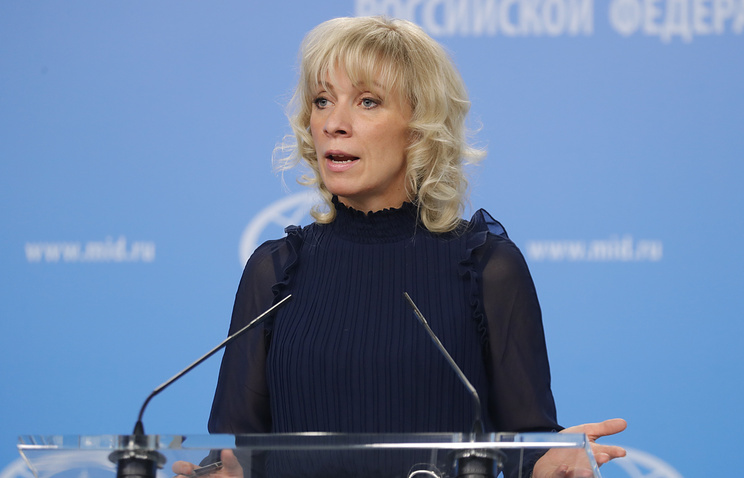 MOSCOW, January 11. /TASS/. Moscow reserves the right to take retaliatory measures in connection with the approval of Moldova law on amendment of the Code on television and radio, which restricts the broadcast of Russian TV channels. This was stated on Thursday by the official representative of Russian foreign Ministry Maria Zakharova.

“I regret to have to state that this act of blatant discrimination against the Russian media is consistent and is the regular anti-Russian attack by the ruling parliamentary majority in Chisinau. For its part, affirming the commitment to the generally accepted in international relations the principle of reciprocity, we reserve the right to retaliate,” he said.

“How Russophobic forces of the Moldovan Parliament once again imposed their will on the population, violating his fundamental right to free access to information, suggests that the country is moving away from democratic norms, slipping to the totalitarian practices of the suppression of alternative points of view”, – noted the representative of the Russian depodesta.

The Russian side believes that this situation “requires the response not only of such international institutions as OSCE,” said Zakharov. “It would also be interesting to hear the evaluation the official representatives of the European institutions about how such a zealous desire of the Moldovan authorities to clean up the information space corresponds to the common European values,” she added.

January 10 the Chairman of the Parliament of Moldova Andrian CANDU approved the law on amendments and additions to the Code on television and radio. Now in the Republic will be allowed to stream TV and radio broadcasts, information-analytical, political and military nature only from the EU, USA, Canada and the States which ratified the European Convention on transfrontier television (Russia has not ratified it).