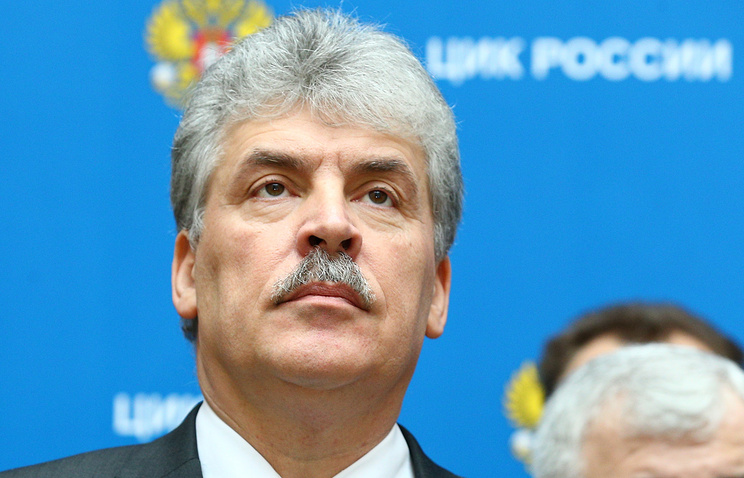 MOSCOW, January 12. /TASS/. The Central election Commission of Russia at session on Friday has registered as a presidential candidate Russian entrepreneur Pavel Grudinina, nominated by the Communist party.

“To register a candidate for the office of President of the Russian Federation of Pavel Grudinina born in 1960, nominated by a political party, the Communist party”, – stated in the decree of the CEC.

Previously a member of the Commission Boris Ebzeev has informed about the presence of Grudinina in nominating five accounts in an Austrian Bank. “Pavel pointed out five accounts, which he had in a foreign Bank, it is located in Vienna, Austria,” he said. When it comes informed that on one of the accounts balance is over 0 roubles, the other – 16 million 760 thousand rubles. The CEC Chairman, Ella Pamfilova asked him not to announce the amounts in the accounts of the applicant, noting that all the data will be published.

Grudinin became the second candidate registration procedure. Previously registered the LDPR leader Vladimir Zhirinovsky. Both candidates are exempted from collecting voter signatures in his support, as nominated by parliamentary parties. Candidates from non-parliamentary parties to register for elections which will be held on March 18, it is necessary to collect 100 thousand signatures, independents – 300 thousand

Zyuganov will head the electoral headquarters of the party’s campaign, the Supreme Council of national-Patriotic forces. At the end of December Grudinin filed to the CEC documents for the nomination and received permission to open special election accounts. According to January 8 published on the CEC website, in his campaign Fund received about 89 thousand rubles, the money had been spent.